In this article I will show you five affordable Modern decklists for Magic Online, in order to celebrate the launch of our new weekly tournament, Modern Royale!

Last week we had the pleasure of announcing Modern Royale, the new tournament that joined the Royale Circuit, together with Pioneer and Pauper Royale. The first edition was a success, and Modern Royale 1.01 is now open for registration here on CardsRealm, and it will happen on Friday, 10/21/2020, at 3:30PM (PDT). The entry cost for the tournament is only 2 TIX and all will go to the prize pool for the Top 5!

Many Modern decklists may cause some surprise to players that come from other formats because of their cost. However, it is possible to start playing Modern with decks that don't hurt your pocket so much, and we even have lists cheaper than some Pauper decks! So, here I briefly present to you 5 Modern budget decklists (or at least lists that are more affordable than the Top tier decks) that can help you as an entry point to this diverse and fun format! TIX prices in this article were determined considering Cardhoarder's quotation at the time this article is being translated. You can purchase cards for MTGO on their website, or rent the cards for just 2.5% of their total price in TIX per week (or up to 5 TIX for free)! Click here and check it out! That said, let's go to the lists!
Mono-White Auras - 25.96 TIX

The first deck is a Mono-White Auras created by SaffronOlive. This deck is very similar to the Pioneer BW Auras and Historic's Mono-White Auras. It is quite simple to play with this list: Cast a

on turn 1 and attack quickly, using auras such as

to increase the power of your creatures. Our dwarf buddy

helps us with more draws that allow us to keep growing and attacking, while

does the same in addition to receiving +2/+2 for every Aura attached to it! In addition to the Alseid, we also have

to protect our creatures and ensure that the opponent will waste some removal spells while our avalanche of angry cookies and tough dancers continues to cause damage! Finally, we also have

to help us with a little bit of life gain and a way to remove the opponent's blockers. A great advantage of this deck for Pauper and/or Pioneer players is that many cards like Karametra's Blessing, Alseid, Ethereal Armor and Sram (on Pioneer) are also used in Aura decks in these other formats, making the deck even cheaper if you already own some of these pieces in your MTGO collection! 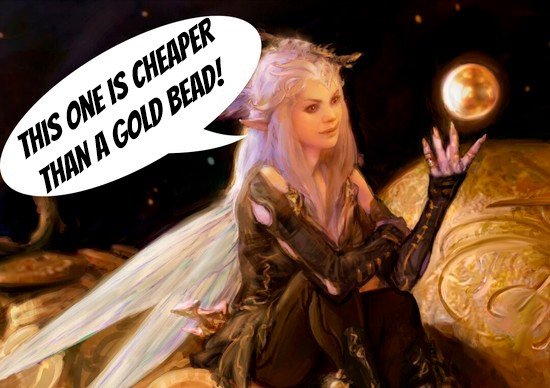 For those who are looking for an ultra-budget option, the Zirda's Mantle deck, also from SaffronOlive, offers an inconsistent combo, but which is really fun when it works. The idea is to have

and a mana-generating creature, of which we have several on the deck, such as

to ramp and help us to cast more creatures quickly, in case some are removed by the opponent. Furthermore, with a Leyline, the Mantle and Zirda in the field, we can generate infinite mana and use the activated Leyline ability to grant as many counters as we want to our creatures (although this takes a lot of time in MTGO - beware!). Finally, we have

as a tutor effect to search for the Mantle and some protections for our creatures on the Sideboard.

This is an inconsistent deck which, in my opinion, isn't as effective as it could have been if we had different options. However, when the combo works, it is certainly a lot of fun. I believe that, with some adaptations (like adding more copies of Zirda, perhaps?) the list will become consistent enough to become more popular, but still as a budget alternative.
Artifact Counters - 83.08 TIX

Although this list isn't so cheap compared to the two others already presented, 83 TIX is still a very affordable value compared to other popular Modern decklists and even if we compare this value to lists other formats, such as Pioneer. Considering Pauper, it is just slightly more expensive that decks like Tron and Dimir Delver. The idea of ​​this deck is quite simple: Almost all of our mainboard spells, with the exception of

, are artifacts. Most of our creatures either have the Modular ability, which grants them +1/+1 counters when they come into play and transfer these counters on to another artifact creature when they die, or interact with these creatures in some way, regenerating them (

). It's worth remembering that when a creature with the Modular ability dies, its markers are placed on another creature and ALSO on the

with a +1/+1 counter dies and there is another artifact creature and an Ozolith on the battlefield, the other creature receives the +1/+1 counter AND the Ozolith also receives a +1/+1 counter (as tested in MTGO on the date I wrote this article, ordering the counters being moved to the Ozolith as the last thing in the pile). This is a very accessible deck in comparison to other Modern lists, and it is surprisingly effective!
Gruul Landless Charbelcher - 89.33 TIX
For combo lovers who seek a deck that is more efficient than Zirda's Mantle, the Landless Charbelcher is a quite reliable option, in addition to being an extremely funny combo. We made some adjustments in this case. The original list costs 159.59 TIX, and is as follows:

from the mainboard and 1

The idea of ​​the deck is simply to activate the

having the opponent as your target. As we have no lands on our deck (the double-sided cards in our deck are only considered lands on the back side, not counting as lands for this effect), we will mill our entire deck and cause damage equal to that number of cards to our opponent. Simple, right? To help us with this task, we use several ramps such as

), so that we may cast the Goblin Charbelcher and activate it as soon as possible. Ideally, we will generate 7 mana (which is possible with just one Irencrag Feat or a combination of Rituals, Spirit Guides and "Lands"), using 4 to put the Belcher on the battlefield and 3 to activate it. We also have

to disrupt the opponent’s plans while doing almost nothing to us,

during our combo) and

to find a better hand if our combo pieces don't appear fast enough. It is also important to remember that we shouldn't be afraid to Mulligan once, twice or even more times in order to obtain cards that allow us to combo as quickly as possible.

On the sideboard, in addition to having more Veils, we also have some removal spells like the good ol'

(against artifacts and enchantments). We also have

. Finally, we have an additional combo if necessary, with

ending the game with the help of

. In this case, it is essential to keep

on the deck to generate the necessary mana, and

helps us find these creatures. I really like this combo and, if you are looking for a funny and solid list, I definitely recommend you try this deck, in its normal or budget version! 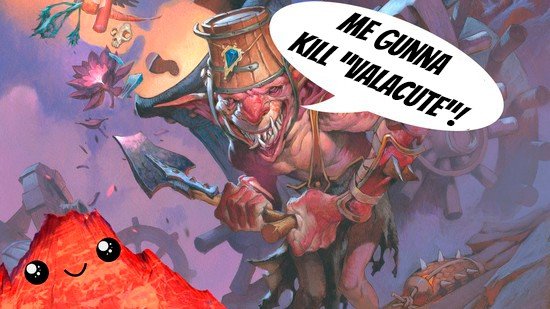 Mono-Red Burn - 106.12 TIX
Yes, I know you were waiting for it. After all, it is the archetype that can't be forgotten in any format, right? Our last list is for those who don't want complex combos or brain teasers. After all, maybe it's just more efficient to attack, attack and then attack again until you win the game, right? In the case of Mono-Red, sometimes violence is the answer (as long as it remains only within the game!).

There isn't much to explain here. All of our creatures have the Prowess ability, which grants them +1/+1 until the end of the turn when we use our noncreature spells (ok,

theoretically has no Prowess, but its ability will only make a difference in relation to our sideboard artifacts, which will not grant +1/+1 to it). To activate Prowess and make strong attacks with our creatures, we have

and, since this deck likes bolts, lightning and lava,

helps us to maintain our aggressive rhythm, granting us that final push we need to end the game. The

also aids us this way, since it draws us 3 cards, even though we also have to discard our hand (or use the spells we have to cause more damage to the opponent before the effect resolves, if possible). Finally, we have graveyard-hate cards (

and even global removals (

). All of this allows us to continue throwing rays and lava on the opponent's face. 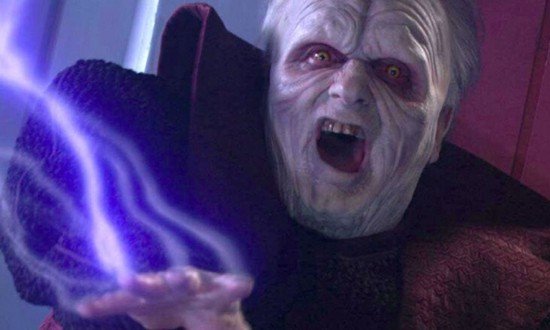 - And that's it for today! I am very grateful for the support of CardsRealm as always, which is helping me to make Modern Royale a reality! Although I'm also new to the format, I quickly fell in love with it, especially considering the fact that, although it is expensive on the tabletop, the format is reasonably affordable on MTGO. A big hug to you, reader, and don't forget to sign up for Modern Royale after lending or buying your decks on Cardhoarder! TEI! 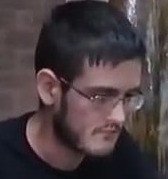 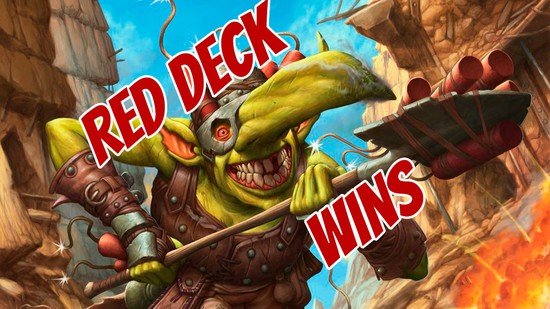