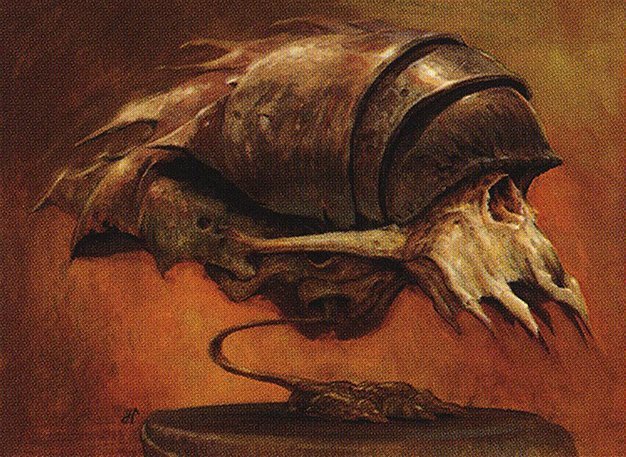 Have you ever had the curiosity to learn a little more about the context regarding Pauper bans throughout its history? If the answer is yes, let's have a look into it!

Hello my dears, I am "Betão", and today we are going to talk again about our beloved Pauper, but in a different way. We will go through a time travel to take a look on all the cards banned in the format, showing the context and deck lists . Pauper, as I said before, artigo was officially announced as a sanctioned format on Magic Online in December 1st of 2008, although it was already played for fun for a long time, taking in regard the existence of Affinity decks,

Simultaneously to the sanction, it was created a preventive ban list. This was the right decision because, at the beginning, Affinity already took off as a tier 1 deck, with lists pretty similar to the ones from nowadays, as we can see here:

The format had its balance, for a short period, up to when some experienced deck building players from other formats started understanding the essence behind Pauper and studying different common cards. From there on, we saw the arise of "broken" decks to turn the life of some players into nightmares. A precursor of Tron became known:

Although having different lands, its soul, if we may call this way, wasn't much different from Tron with Urza lands that we see nowadays. Of course the deck took use of what was printed until then and from different resources attached to the period the meta game. Pauper from the beginning of 2010 decade was unlike what we had seen in the last 2 years, as players fought for the sanction, since some cards that made part of non released online collections were allowed in IRL, some stores had its own rules regarding championships, if they would follow the MTGO or the list of common printed cards. On July of 2011, a card had to be banned to contain a deck on MTGO because it had a high win percentage on daily events, getting repeatedly to the top 4. This ban also affected players who only played IRL,

had its end since it would draw cards and untap lands, something that the notorious Storm decks would abuse to achieve combo easier.

Some players disagreed with the ban, saying it was unnecessary, seeing that the meta game was regulating itself. So, Storm lost its place to stronger decks. Those players couldn't imagine that these new decks would become extremely dominant and dangerous to Pauper. About 2 years later, a triple ban came in and cards of two decks were took off since their winrate was way too high and it was very complicated to play against them, having in mind that the format has few answers to Storm or early turns attacks that lead to victory. Were banned:

Wizard hopped to weaken the dominant decks that were:

Storm could even be considered one of the best decks on Pauper throughout its history as it had a unbalanced combo regarding the power level of the format. On the other hand, Infect is a deck with a simple way to win, causing combat damage, and invigorate represented 40% of the needed poison damage to win the game and it also was almost always a "free" spell, as of it, it was banned.

In the same year, precisely in September of 2013,

In the previous ban wizards also thought to take out

because, some decks were also presenting risky numbers, however, this card wasn't as oppressive as the others, so they tried to leave it alone. It didn't last much. After the release of Ghostly Flicker, decks that relied on ETB effects became even stronger since, besides being more efficient in its strategy and having a way to defend its creatures and artifacts they could also target a land they own to produce more mana. Decks such as

unhealthily stood out in victories. Temporal Wall abused flicking some of its permanents, mainly

, returning cards with storm and reusing them to almost clear the opponent's field in a single turn.

Tron had its main land banned as it enabled having early enormous quantity of mana.

Similarly in Modern, WotC banned the same land hoping that Urza lands would take its place, and this way, big mana decks wouldn't produce too much mana.

After 2013 bans, there were almost 2 whole years for the format to regulate itself. Although, with the release of Khans of Tarkir, a card shook Pauper, principally in decks that could fill quickly their graveyard.

may be considered one of the cards that should never have been printed as common.

This card was responsible for reducing the diversity of the metagame as it was the most present card in all decks, excluding islands. So on March 23 of 2015 the ban hammer came. In the following year, the familiar was again a problem. Having a card that untaps lands, alongside the black and white familiars (that reduces the manacost) a player can easily produce infinite mana having the combination of

, then he easily searches for or has a win con.

Blue cards were dominant, 9 out of 10 of the most used cards were blue. Diversity once more became a problem, and in the end the ban was needed, the card above was the victim on January 22 of 2016.

Still in 2016, another blue card, that untapped 5 lands, was unbalanced. Who would have guessed that after banning a blue card that untapped only two lands due to its interactions?

There already were speculations on cutting off

alongside the previous ban, although its winrate wasn't out of the curve yet, so Wizards decided to leave it be for the time hoping for Pauper to adapt to it. Clearly, that wasn't the case, the winrate rose quickly side by side to the number of the decks in online tournaments, getting to the point where they represented one forth of the field. Inevitably there had to be another announcement in November of 2016, leaving behind another bully deck, Izzet Drake:

Two years came by. Pauper was balanced with multiple decks on the top, varying from time to time. However, the cards that came in editions didn't have enough Power Level to make changes in the main decks. Considering this, the community asked WotC a lot for a change. In December of 2018 2 uncommon cards were downgraded:

The last one broke the balance again, turning UB Delver into a fast, strong and oppressive deck. See bellow one example:

added to the deck was way too strong. Now the player could be tapped out, cast gush, draw two cards, discard 2 cards and counter a spell with

while filling its graveyard, enabling

delve ability earlier in the game. It is important to say that opponents also had cold feet to make actions without extra mana since

could also counter them. The deck had high synergy, "fetches" would fill the grave along side lots low cost instant and sorcerys. The can trips made easy finding another threats such as

and flipping it. The whole format had to have lots of answers to try to win against it, sometimes the easier path was just playing with it. Seeing that, Wizards decided to weaken the Blue color banning the cards bellow:

A month later, WotC sanctioned IRL Pauper and unified the lists of cards that were legal on both online and paper. Seeing that, more than 400 cards became pauper legal and some preventive bans came along:

was released and showed pauper some new cards like Ephemerate and

This artifact brought the ice age to the format. Lots of decks tried to take advantage of the bonus that astrolabe came with while fixing their mana. The card was the perfect one drop because any snow basic land could pay its cost. The card made Pauper into a too fast format with lots of decks using it. Snow Bogles Tron also bet on a snow version, but the deck that really took off was

. It could generate infinite resources and, due to this, its winrate rose to the point were it would be in 5 spots of top 8 in tournaments.

The snow artifact saw the end of the line in October of the same year. Some months came by and, again, the meta could control itself without interference. Lots of decks emerged with great results again. Some decks were a little stronger as

due to the interaction between (Tragic Lesson), Deprive and the recent banned card:

This card managed to make these decks to survive to late game and win with its advantage. Shoulder-to-shoulder to sanctuary

also said goodbye to Pauper. Lots of players had been asking for a hit on Tron decks as they were always strong.

That's all the banned cards we have until now, I hope all of you liked the article. I'd like to take this paragraph to also thank Cards Realm for the support, space, and trust. I extent my gratitude to Vipermats for offering a 10% discount in any playmat, its pretty easy redeeming it, you just need to create an account on Cards Realm, using either your Facebook or Google, and comment in one of my articles #querodesconto that I will forward you the code. That's it for to day, thank you for your time and until the next article! 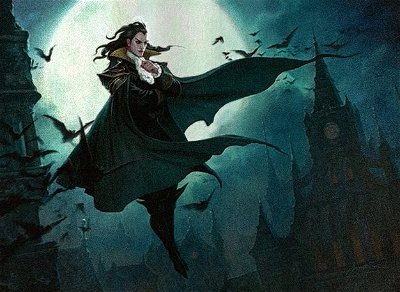 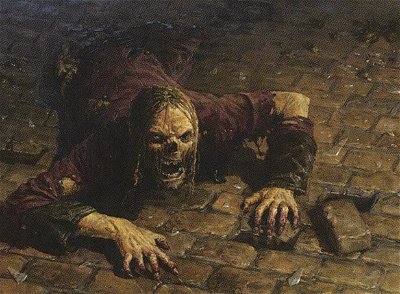 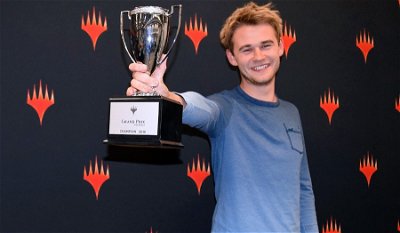 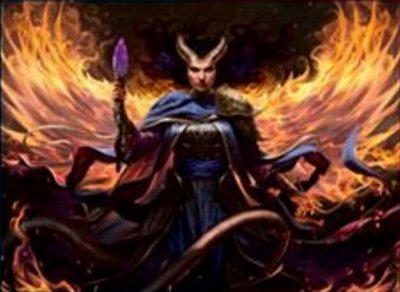 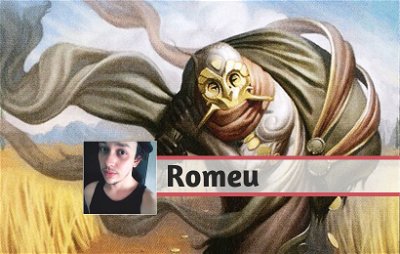