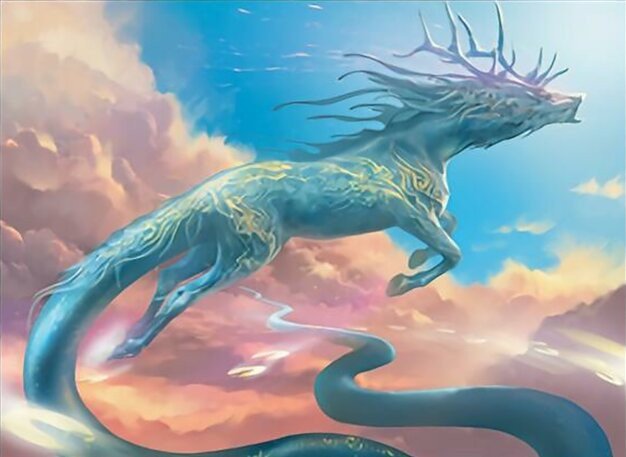 An article about Modern Horizons II's white cards for Modern.

A few decades ago our planet was ruled by dinosaurs. Despite having disappeared from the face of the earth, their remains remained not only in the form of large bones, but also as fuel, giving us many luxuries, such as coal and oil. We can also use the term “Dinosaur” to refer to something old-fashioned, dated, in particular, the concept that white cards were once great staples. In the early days of Magic, we had cards like

. White cards that did the best things in the article, applying fees and restrictions to the opponent, complicating their game. Unfortunately, over the years, Wizards of the Coast labeled such strategies as anti-game and cards like

increasingly disappeared from the map.

Nowadays, we are living in a renaissance period of this kind of soft-lock mechanics, in which Wizards try to create effects that won't be frustrating for the opponent, while leaving people like me happy to be able to play with these new cards. The best possible example for this is

, a powerful card that is now overpriced due to its popularity. And that popularity couldn't be left out in Modern Horizons 2, where we have the right dish to satisfy your hunger for great white cards. Starting with a very nice card, perfect for delaying the so popular aggressive decks. With

you clear creatures from the opponent's board for a certain period, which is perfect for delaying Blitz or Burn strategies enough so that you can establish your game and get the tools to defend yourself. The enchantment is not only a good answer in quality, it is also perfectly adequate in terms of cost. For only three mana this card can be cast before sweepers like

, which undoubtedly makes all the difference against decks focused on hyper-aggression. Since this type of deck has plenty of gas, disrupting its board, even for a few turns, creates a situation from which it's hard to recover. Whether it's in control builds, taxes or enchantments, these archetypes are sky-high thanks to this set, this card fits like a glove giving you time to breathe against more incisive strategies and build your gameplan. In some cases, against decks with many creatures (such as Elves, for example), this removal verges on permanence, as its action time depends on the number of creatures that have been phased out.

is a very tricky card. I already had the pleasure of using it a few years ago and, I must say, it's outstanding. Unfortunately, It's stuck behind the famous Reserved List.

is a Suspended version of this card, meaning it cannot be cast normally, but requires the payment of a cost to Suspend and after a few turns the card will be cast from exile. And this is where this card gets a little complicated. If its suspend is played in turn two it is cast on turn four, just as Replenish would, thus taking no damage compared to its older counterpart. Unfortunately, you have to activate this card a few turns before you really need it, which will usually be a little too late. Its effect is strong, but its usability is still somewhat confusing. You can try to cast it through cascade effects or cards like

, but still, it would create a detour in your strategy to accommodate Resurgent Belief. For Commander it's a bomb, since you have more flexibility in your game. But for Modern, it has to prove to be worth more than its weaknessess. I think this is the strongest white card in the set. It's the white child of

. And it has all the qualities of these cards for a very cheap cost, being able to be played in the first turn. Although you have a limitation on the number of times its ability triggers, only the first time of each turn, both yours and the opponent's, it is pretty much a guaranteed trigger on almost a 100% of the times. This card is extremely fair in Modern and will probably grant you a draw many times, regardless of the target of the spell, as Modern moves towards faster and faster matches. The simple fact that if it dies to an opponent's removal as soon as it hits the board means that you managed to draw a card, and it not only managed to replenish itself, but also acted as a lightning rod and took an important spell from your opponent's hand, which in terms of math and gameplay means you've got a head start in number of options and in card advantage.

I know I talk a lot about Control and Death and Taxes, but the good white cards in this set are very inclined towards these decks, and as an icing to the cake, this card is a Human creature, so it can see play in Humans archetypes.

, just like the previous card, is one of the strongest white cards ever printed. One of the famous free-spells, this elemental can be played for free as a removal, and with flash. Since this card can be played for free with Evoke, there are some interesting interactions with it, since the Evoke ability goes to the stack, and you can respond to it with plenty of effects. A great example to abuse Evoke is

, a spell that would allow the creature to leave and then reenter the battlefield, this time without the Evoke trigger, keeping it permanently on the field. This combo is well-known in Pauper with

enters the battlefield, it exiles a creature and its controller gains life equal to its power. So, it pretty much does a

. The possibility to cast it for free by discarding a white card from your hand, even if you are tapped-out allows you to deal with problematic creatures quickly. Of course, there's nothing stopping you from casting it paying its cost, for five mana later in the game, and keeping a 3/2 creature that can attack and block. Almost any deck that uses

is going to play this card, unless you have very few white cards on your list. The main reason why

is so steep is its ability to protect itself from most of the removals played in Modern. The Sanctifier not only does the same, but it is also a strong graveyard hate against both colors, mainly harming Dredge in Modern by exiling the main cards that this deck wants in the graveyard like

, basically disrupting the entire deck. It's worth considering in virtually every deck that uses white as a sideboard against red and/or black decks and can be a main deck creature in White Weenie and Humans. This card loses a lot of value because it's a sorcery, but it still deals easily with the small creatures from Prowess and Burn decks, or with slightly larger creatures depending on the number of colors in your deck and the mana you have available to cast it. It may not be as versatile or cost as good as other white removals, but it gives no upsides to the opponents, which adds to its odds to earn a place in the format, working very well against low-costed threats.
Conclusion
That's all we have for today's Modern Horizons II review. Next time, I'll come back with a review of the blue cards. Thanks for reading! 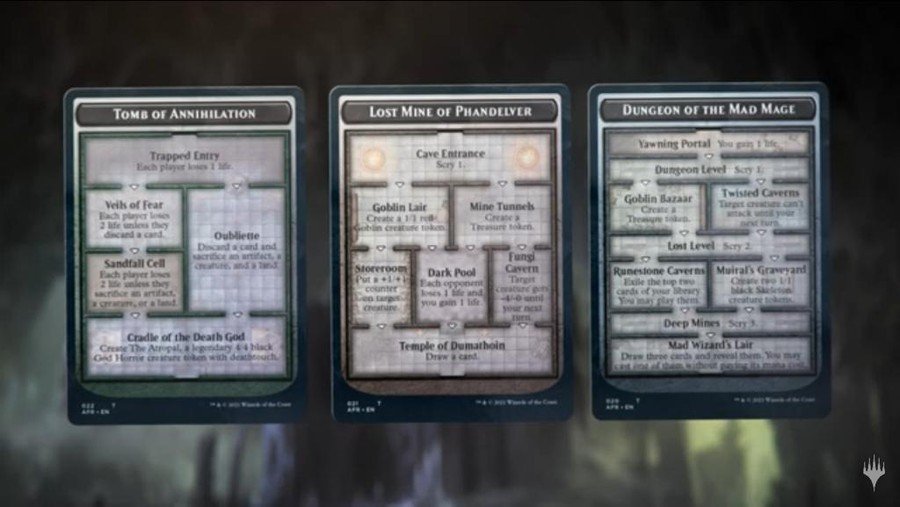 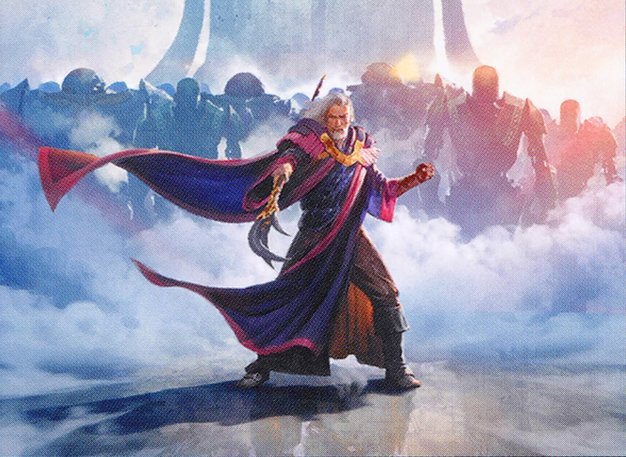 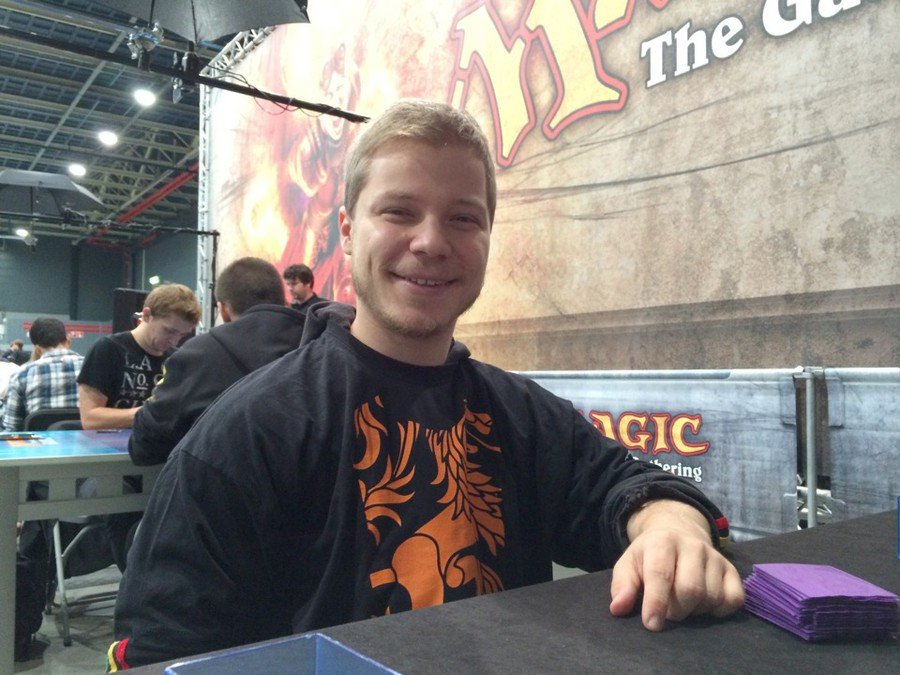 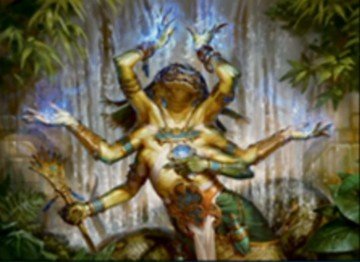 Imoti, the Cascading Rattlesnake for Commander