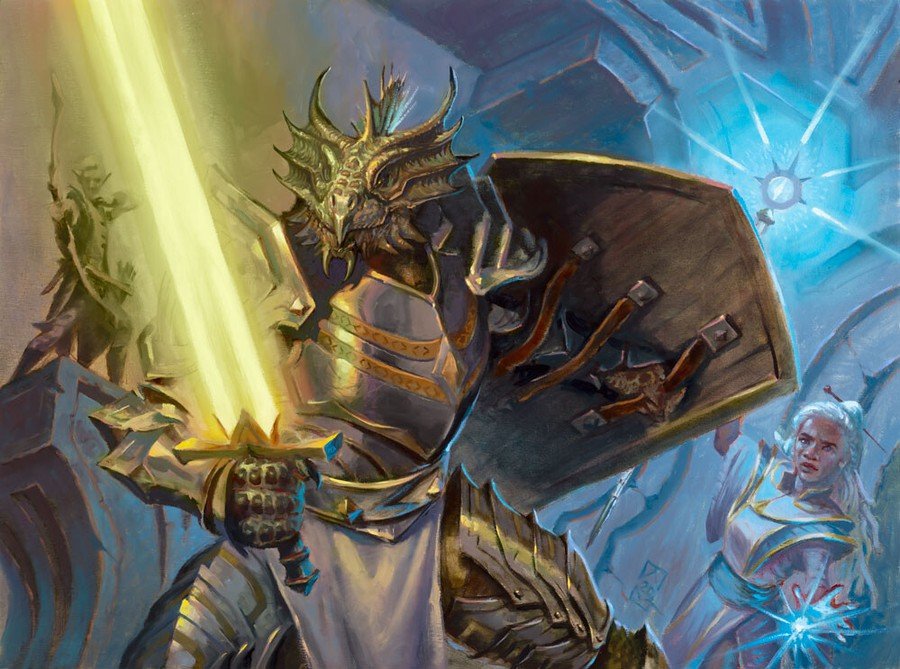 First impressions of the Adventures in the Forgottem Realms mechanics and its impact on Draft and Sealed.

We're back with another spoiler season: Adventures in the Forgotten Realms, the next set of Magic, will be released in our beloved MTG Arena on July 8th. As you may already know, this set is based on the RPG Dungeons & Dragons, also produced by Wizards of the Coast. Today we're going to talk about Dungeon mechanics from the perspective of Draft and Sealed.

As presented on the introduction article, there are cards with the ability “venture into the dungeon”, which means: advance a room in your dungeon, or start a dungeon if you are not in one.

It's important to remember that in Draft/Sealed you don't need to pick or open dungeon cards,

. These actions trigger effects that go on the stack. Some cards like Nadaar also care if you've already completed a dungeon - it doesn't matter which one. According to the stream “AFR Venture Day”, although we have this mechanic in all colors, the most focused combinations are

- white and blue. It's also been said that regular mechanic cards tend to Venture once (one-shot), or rely on some restriction (such as dealing damage to the opponent), while higher rarities can venture repeatedly. The question that remains is: which dungeon to choose? This will depend on the context of the game and your deck. Let's look at the options. Remember that we still don't know 100% of the set, this is more of a starting point than a definitive guide.

If all you want is the benefit of having already completed a Dungeon, you can get it with just three Ventures, taking the path to the right (Oubliette). However, the cost is pretty high: even if you don't have any creatures or artifacts in play, you still have to sacrifice a land and discard a card. The vast majority of the time, this is a business that is not worth it. The left path has some symmetrical effects, which work very well on aggressive decks. Paying two life points doesn't matter if you're attacking, as those two points, either in your hand (Veils of Fear) or in play (Sandfall Cell) add pressure to your opponent. And you still get a 4/4 Deathtouch at the end of the deal. Pay attention to one thing: the last room's token is legendary, so unless you expect it to die soon, you'll likely want to start another dungeon after completing the Tomb of Annihilation.

if you're the aggressor in the match, or your deck plans to be the aggressor most of the time, go for the Tomb. If you want to play “backwards”, choose one of the others. Ignore the “Oubliette” room in 99% of cases.

Lost Mine of Phandelver

Four rooms, with some built-in choices, but the effects are quite small. Lost Mine is the “default” choice for decks that don't have a very high Venture Density, or as a straight sequence from the Tomb after getting the 4/4 token. The option to make a Treasure in

provides a source of mana for decks that are interested in putting a light splash, it's worth considering this possibility. Also remember that due to the layout of the rooms, if you make the Treasure, the +1/+1 (Storeroom) counter is out of access, and vice versa with

if you are not the aggressor and want to complete a dungeon; or has a low Venture density on the deck; or need board presence (Goblin Lair -> Storeroom).

Dungeon of the Mad Mage

Seven rooms to completion. Best final reward - draw three cards and cast one for free. What concerns us here is the number of Ventures needed to get there. If any of the mechanic-focused archetypes are interested in a longer game, this Dungeon helps as a victory condition given the card advantage. The scrying rooms help you find more gas to keep venturing out, while both options in room three give you some time.

: You can play a land from the top, but you still have to pay the cost of spells. Pay attention to the scenario where it might be better to choose Muiral's Graveyard and secure the tokens, as if you were going to pay mana for your Venture.

: with a deck built around mechanics and that manages to take the time to venture out multiple times, taking advantage of the card advantage eventually.

Analysing some venture into dungeon cards

variant of the set. Although it works as a ramp that generates extra value in Venture, it is important to emphasize that it does not serve as a fixing for multicolor decks. Even though you have the option of making a Treasure sometimes through the Dungeon, it's best not to count on it. Legal on turn 4 along with a 2-drop, followed by a 6-drop on turn 5. It should have its place in the format.

One mana for a +1/+1 counter with added value, resembles a mix of

. My reasoning is that the counter is worth approximately half a card, is advancing a room in the dungeon worth another half card? It feels super contextual to the rest of your deck, how much Venture you have access to, and which dungeon you use most often.

Another 3 mana ramp, this time with the possibility of repeated adventures. It compensates for the biggest disadvantage of mana rocks, which is the fact that they become dead cards in your late game. There's a world where the format ends up being too fast and that's somewhat unplayable, but it doesn't seem to be the case for spoilers so far (I'm writing this on July 1st).

Auras in the Limited always have that inherent problem which is the possibility of the creature taking a removal, and losing not only the creature but also the Aura. One way to mitigate this is by generating immediate value, which is the case here - just be careful with open mana on the opposing side. Creatures that do something—like venturing—when they deal damage are great targets, as are any large creatures that end the game after connecting a few times. Excellent Aura.

A machine. Body above the curve, value when entering the battlefield, additional value for each turn left on the board. And eventually, your entire team improves. Possible synergy with Dragon type. Easy first pick.

, possibly A- depending on environment.

Another repeatable enabler, and quite hard to deal with. Your opponent can block with two creatures, but then any trick or pump is a disaster. It carries counters (like the one from

) very well. At worst, it goes into defense mode and protects you from everything. It gives a huge value for 2 mana.

In addition to Dungeons, we have another classic D&D element: the 20-sided die. Apparently, this mechanic is concentrated in blue and red. Apparently, the cards were made in such a way that there is not much difference between a good result and a “bad” one. Things that add variance to the game don't look favorably on more competitive players, but the variation here looks fun. apparently, these cards won't see any competitive play.

When evaluating such a card for your Draft deck, always think of the worst-case scenario; a success or even a critical success (rolling 20) is just a bonus and should not influence the rating.

Here we have a new use of "ability words", which are words like "Magecraft" that have no intrinsic meaning in the game rules but facilitate the understanding of the cards. “Flavor words” name abilities like D&D things, but also don't do anything by themselves. A very recurrent theme is modal cards, - where there is more than one option - represented as moments in an adventure where you have more than one option. The ability of “pack tactics” is the only one I've seen repeating on more than one card so far, triggering when the condition to attack with creatures with a total power of 6 or greater is met.

Flavor in the heights. Mechanically, it's not much different from a regular enchantment: there's a limit to how many you can fit into a deck, as it's a card that doesn't affect the board by itself. Should we see one for each D&D class? I am very curious about the design of each class.

1. Metagame: Winota in Standard, Splashes in Modern and Planeswalkers in Legacy! 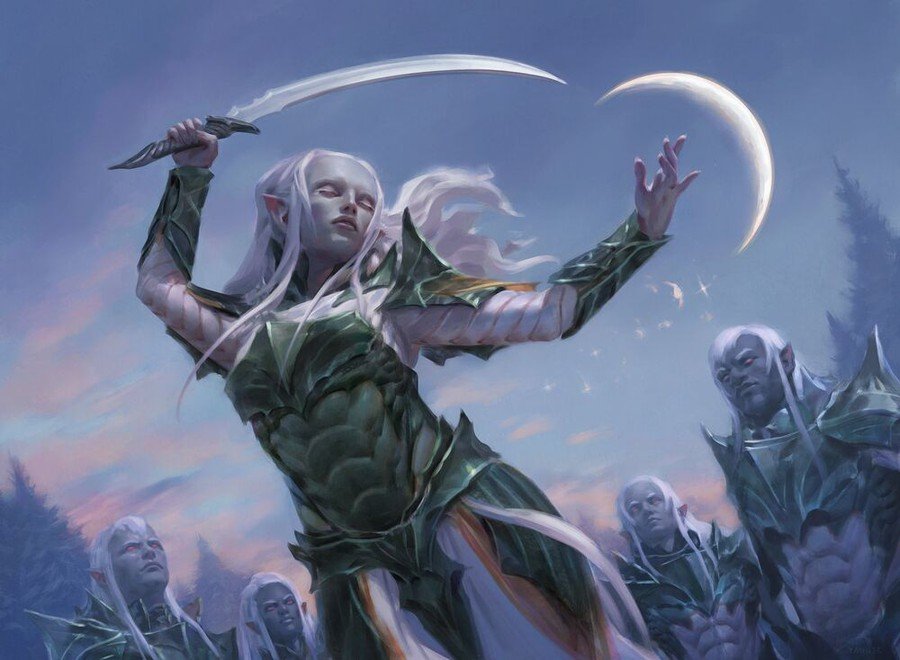 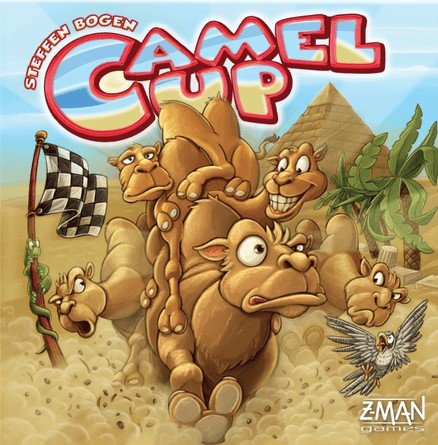 That's all for today. Are you guys hyped for the new set? Let us know in the comments! Thanks and see you next time! 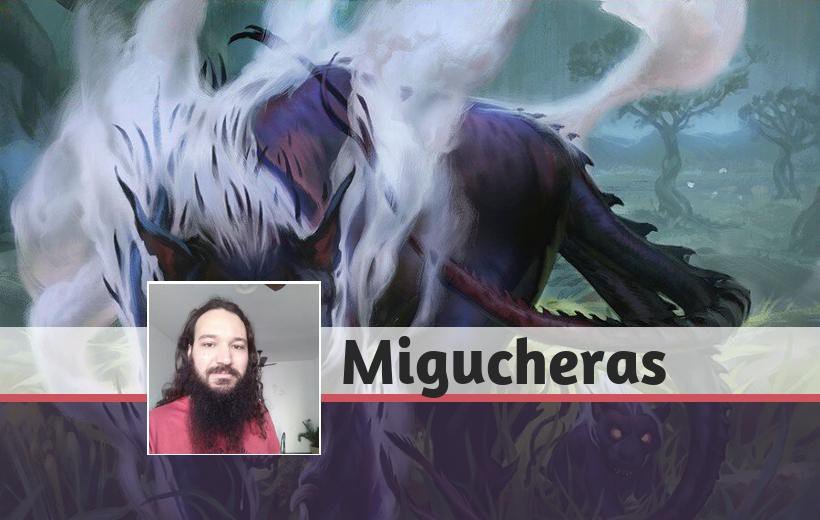