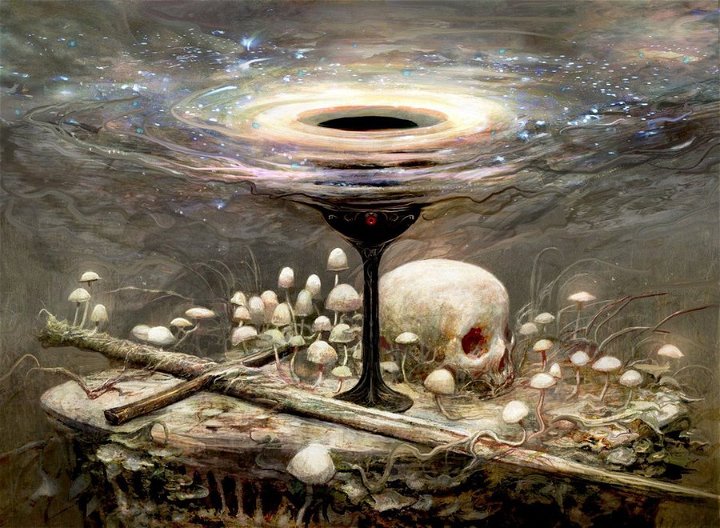 By Gabriel, 10/23/21, translated by Humberto, with help from our readers

As much as many people prefer Modern as a "jungle", with several possibilities and decks, it is undeniable that a more defined metagame has its advantages. Competitively speaking, it's much better to prepare, sideboard and train matches when you have a smaller deck/card list in mind. Thinking about times like what we are going through, with some key cards that appear in several decks, some players build strategies and entire decks based only on answering the Metagame, called

decks. Today we're going to talk a little about the version of

used to get a solid Top 1 position in the October 16th Challenge because this deck illustrates very well what we define as an Anti-Meta strategy.

When we talk about Stoneblade, we think straight about several counterspells or creatures with flash and flying carrying the swords searched by Stoneforge Mystic, but Talisker thought of a very different approach, something similar to Legacy's Mono Red Prison, being a deck based in punishing aggressive deckbuilding options.

As I say, and I repeat, Chalice of the Void has become a crucial piece for the format, being one of the cards that best deals with two deck genres that are

present in the metagame: Cascade Decks and Lurrus Decks. If on one side a Chalice with

completely stops Crashing Footfalls and Living End, we also have the Chalice with

, which stops virtually all one drops, including the most relevant ones at the moment, Ragavan, Nimble Pilferer, Dragon's Rage Channeler, Death's Shadow, Thoughtseize, Unholy Heat, among several other cards that are extremely present in the format. To take advantage of a symmetrical effect like the Chalice, the deck is built around the use of spells costing 1, the only exception is Prismatic Ending, which even with

1, can dodge the Chalice by adding some value in X. Yes, it's a choice that makes the deck slower and with fewer options for sequencing plays in the first turns, but it was a conscious choice by the deckbuilder, who followed the line of leaning on the victories that Chalice delivers almost by itself, and try to dissipate as much of this drawback as possible.

Speaking of cards that carry games on its own, of course we have to mention Blood Moon, which is also a classic sideboard piece in Modern, trying to disrupt something even more common, the manabase. Thanks to

, Modern is a format where it's possible to be quite greedy with color choices, decks with three, four and even five colors aren't all that uncommon, but of course everything has a cost and a punishment, and the Blood Moon shows that punishment in the simplest way. "Do you have a nonbasic land? I hope you also have use for red mana." Furthermore, it has specific advantages in the current scenario. Thanks to not always so simple game rules, Blood Moon automatically sends all Urza's Sagas on the battlefield straight to the Graveyard, regardless of how many counters it has. In addition, Modern is full of decks with specific lands that turn out to be important cards for strategy, such as Tron lands and the Amulet Titan's

, so crippling non-basic lands turns out to be a more advantageous effect than it appears.

To complete our anti-meta package, we have one of the most powerful planeswalkers ever printed. Teferi, Time Raveler is also here for a very useful function in the current format: preventing or delaying interactions. With his static ability, he makes any counterspell-based deck much worse. In addition, this same ability has several layers of complexity that affect cards well present in the metagame, such as the fact that it completely prevents

cards itself. Not to mention that we're not talking about an enchantment, but about a planeswalker with two other abilities that allow several lines of strategy (who doesn't like to use Prismatic Ending at instant speed?). It's true that being a planeswalker gives a higher level of fragility than being an enchantment or artifact, but it's undeniable that a Teferi in play makes the game very unequal in its favor.

Okay, we've talked a lot about what I consider the three pillars of the deck, but preventing your opponent from playing isn't the only thing this Jeskai can do! We also have a nice collection of

(in some cases both at the same time). As the deck's strategy is to spend the first turns sapping the opponent's resources and/or casting cards that leave the game in Jeskai's favor, the first turns of the deck are very proactive in terms of using mana, so Talisker chose to not using counterspells (which in my opinion was very assertive). Therefore, the disruption of the deck is based on removals.

We have the aforementioned Prismatic Ending, which remains one of the most efficient removals in the format as it handles almost any kind of permanent, as well as being especially good in a metagame based on lower curves. Also, the list uses Lightning Helix, great against more aggressive decks, replenishing part of our life total while removing a problematic creature or planeswalker.

We also have Bonecrusher Giant and Fury, which while being creatures and part of our winconditions, are equally efficient mana removals, great for dealing with the creatures the opponent made before the chalice entered the battlefield. This versatility, combined with the excellent offensive body that the two cards have, make them great choices both as removals and as creatures.

And of course, we have the Stoneforge Package, which is basically what gives the deck its name. Since it was unbanned, Stoneforge Mystic and its swords have become recurrent as a simple wincondition for interactive decks, which has been boosted by the arrival of Kaldra Compleat. There are two very problematic "creatures" that can come with her ability, besides the sword that can be very useful thanks to the creatures I mentioned in the previous paragraph (a Fury equipped with Sword of Fire and Ice can deal a huge amount of damage). Without disturbing any of the hate pieces, this set of cards complements the deck's aggressive core very well.

As we are talking about a much more comprehensive deck, there are numerous possibilities for change here, but many of these alternatives involve entirely changing the list's configuration, which would end up bypassing the purpose of the article, which is to talk specifically about this more

version of the archetype That said, I've decided to sort out the viable options that best fit the strategy discussed, and it's those options that we're going to talk about here.

Solitude is here for the same function as Fury and Bonecrusher Giant, with the difference that as a removal, the white incarnation is more

, not caring about mana or with the target's toughness, the card is a very viable option for cases where the problematic creature is beyond the range of other removals from the deck. Even with the less aggressive body than the other creatures in the deck and not having that many white cards on the list to cast Solitude by evoke, I'd say it's worth to try a copy or two.

Now thinking of a prison tool, the Archon of Emeria manages to significantly disrupt the opponent's game with its two abilities, both preventing cascade and other combos (as well as Teferi, Time Raveler), and hindering players with a greedy mana base (such as Blood Moon). And all of these perks lie within a 2/3 flying body that can carry a sword masterfully.

Well-defined Metagames almost always generate some response from the field itself, allowing cards that seem too specific to become solid tools to face the environment, both being the pillar of an entire deck, as was the case we saw today, and in recurring appearances in the sideboards of already consolidated decks. That's all for today, see you next time! 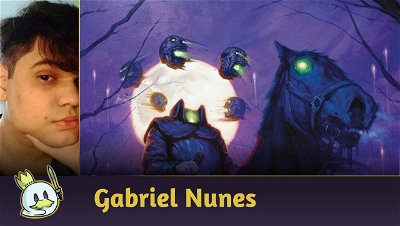