Everything was wonderful until Fall From Favor's spoiler release, which caused a huge ammount of comments among Pauper's comunity. Many players are contesting the card's power level for the format.

Wizards of the Coast's senior designer, Gavin Verhey, one of the main voices of the company on Pauper, gave some statements about the format on his twitter account. Since Pauper became popular, it has been common to see players and content creators asking for more attention from Wizards for the format. Its officializing and the reprint of [card](Oubliette) are examples of this movement, and Gavin had a direct role on these episodes. With the beginning of Commander Legends spoiler season, Gavin came to public, stating that he had Pauper in the back of his head during the new collection's design, and players should wait for impactful cards. <blockquote class="twitter-tweet"><p lang="en" dir="ltr">Pauper players: I had your format in the back of my head with Commander Legends, since a Commander-playable common is a bit different bar. (And told <a href="https://twitter.com/JulesRobins?ref_src=twsrc%5Etfw">@JulesRobins</a> too when he started final design.) Keep your eyes peeled for a couple potentially impactful cards! :)<a href="https://twitter.com/hashtag/wotcstaff?src=hash&amp;ref_src=twsrc%5Etfw">#wotcstaff</a></p>&mdash; Gavin Verhey (@GavinVerhey) <a href="https://twitter.com/GavinVerhey/status/1320814839179014144?ref_src=twsrc%5Etfw">October 26, 2020</a></blockquote> <script async src="https://platform.twitter.com/widgets.js" charset="utf-8"></script> The players' reaction was a mix between excitment and worryng, due to the fact that we had some examples of recent out of the curve cards, such as [card](Astrolabe) and [card](Mystic Sanctuary). I could also mention [card](Bonder’s Ornament), that made the format's dominant deck stronger, but I believe that there is no unanimity from the players about its power level being unbalanced or not. Commander Legends brought many good news for the format. I can even list some of them: - Important reprints for IRL and mostly for MTGO: [card](Thorn of the Black Rose) and [card](Palace Sentinels); - Pimped reprints of [card](Preordain) and [card](Mulldrifter); - Interesting downgrades, such as [card](Filigree Familiar), [card](Fleshbag Marauder) and [card](Makeshift Munitions). Gavin showed up again on social networks to talk about Pauper fans. This time, about [card](Cuombajj Witches)'s reprint, with Seb McKinnon's art, up until then only available on MTGO. <blockquote class="twitter-tweet"><p lang="en" dir="ltr">For ages, I wanted to get this Magic Online-only art into a Magic set. It&#39;s both a Pauper request, and <a href="https://twitter.com/SebMcKinnon?ref_src=twsrc%5Etfw">@SebMcKinnon</a> CRUSHED it. I added it into <a href="https://twitter.com/hashtag/CMRLegends?src=hash&amp;ref_src=twsrc%5Etfw">#CMRLegends</a> pretty early on, and was the perfect spot: nostalgia PLUS multiplayer politics. Say hello to Cuombaaj Witches!<a href="https://twitter.com/hashtag/wotcstaff?src=hash&amp;ref_src=twsrc%5Etfw">#wotcstaff</a> <a href="https://t.co/Upz5jwW180">pic.twitter.com/Upz5jwW180</a></p>&mdash; Gavin Verhey (@GavinVerhey) <a href="https://twitter.com/GavinVerhey/status/1322635509345079296?ref_src=twsrc%5Etfw">October 31, 2020</a></blockquote> <script async src="https://platform.twitter.com/widgets.js" charset="utf-8"></script> Everything was going really well, until [card](Fall from Favor)'s spoiler: [cardinfo](Fall from Favor) [[Fall from Favor]] generated a huge amount of comments among Pauper's community. Many players are contesting its power level for the format. The goal of this article is not to analyze [[Fall from Favor]]'s impact on Pauper, but I think there is no doubt that it will change the format dynamic. Here is a great question: how far is Wizard's involvement with Pauper beneficial? Do the pros compensate the cons? I witness daily discussions on Pauper groups about Wizards accuracy on bans and designs of those new cards, and the truth is that it's really hard to form an opinion about this topic, as there is not too much transparency on Wizards about how Pauper is managed on the company. In general terms, we have to be satisfied with Gavin's tweets and try to interpret them. But here between us? This is far from ideal. Speaking about Gavin's tweets, yesterday he came to public again, answering questions about Commander Legends and Pauper: <blockquote class="twitter-tweet"><p lang="en" dir="ltr">Yep, nailed it. With monarch, we knew it was very strong in Pauper, but ultimately, CMR&#39;s draft needs had to win out. There are cards in the set we put there as positives for Pauper, this is not one of them. Plan is to evaluate Pauper meta fairly quick after CMR hits the format.</p>&mdash; Gavin Verhey (@GavinVerhey) <a href="https://twitter.com/GavinVerhey/status/1323160035908726784?ref_src=twsrc%5Etfw">November 2, 2020</a></blockquote> <script async src="https://platform.twitter.com/widgets.js" charset="utf-8"></script> Questioned about the blue Monarch, [card](Fall from Favor), Gavin said that he is aware of the card's power level, but right now Commander's draft level demands this type of card. He proceeded saying that the plan is to quickly evaluate the format after the collection's release. All that is left for us is wait and check the impact of the collection on the format. I consider the monarch mechanic something very sensitive, and I was relieved with Gavin's position. I have no doubt that his is trying to do a good job for Pauper, this is evident on his dialogues with the community. He was even present, more than once, on Pauper Discord servers to listen to the players. But sadly, the big conclusion is that Pauper is not a priority (Really Ari? It's a commander collection, obviously Pauper is not a priority). Yes, I believe that we will have to get used to frequent impacts on the format, making bans (maybe not assertive) constantly used to balance it. I finish the article here, with a mix of information and opinion. But what do you think about all of this? Must [card](Fall from Favor) have a chance on the format? What do you think about the way of how Wizards managed the matter? Leave your comment and until next time. 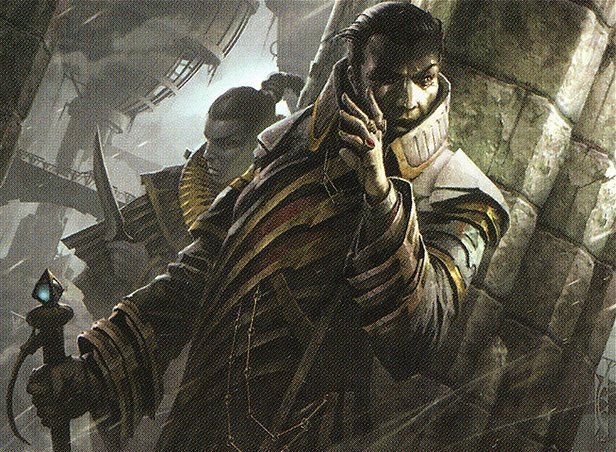