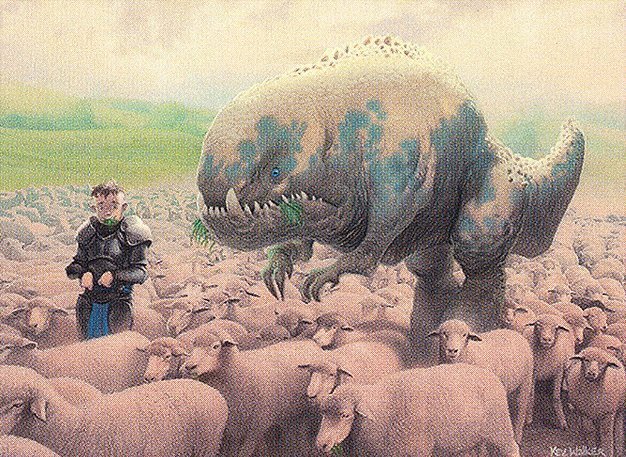 Hello, fellow players! How are you? I'm Fogaça and I'm here again to talk about Commander. Recently, I have ventured deeper into the world of deckbuilding to find new answers and ways to build lists as to achieve optimization in such task. One consequence of this was the identification of an interesting phenomenon; I realized that there are few efficient ways for a good assembly, but among them, there is a large derivation of methods to achieve these goals. What I am saying, in short, is that the conditions of victory are usually similar, but the way you get to them can vary greatly, and that is where each commander will add to its game - today's article will serve as a guide to finding it.

since its release, so today I'll bring my experience as a player on how to develop the characteristics of a good general and take them to the next level, using an already well-established strategy. For that, I will use my list and I will conceptualize the points that led me to it.

I used all my study based on Narset and my love of Jeskai colors to come up with a consistent gameplan for our big chicken; I needed to take advantage of my bird's abilities to maximize the list. And even though the precept of this series of articles is to achieve the best possible result, I still see that some players cling to specific cards on their lists, so I ask you that for this analysis you left this practice behind.

We'll start by talking about the card that inspired this article.

has a similar effect as

, which allows two creatures to be exiled and "exchanged" for others in their controller's deck, giving us the ability to use it defensively or offensively. The ability to exile an opponent's creatures often favors the option of using it as a removal, but its purpose will primarily be to harness the combination of two creatures (which will usually be the only ones on the list) that lead to victory; effects like those of

allow for numerous combos, so we should find something similar and that fits our strategy as to tap into the potential of

- in our case, the chosen creatures will be

Elsha of the Infinite

. Knowing the interaction of

Elsha of the Infinite

(which will be fetched by

, we know that we will draw all the cards we need and provide a great tutor for all nuances contained in our build. Since we aim to put all these cards in our hand, let's get to the first concept: We won't need countless combos to win, just enough to finish the game even under adverse conditions; It is interesting that our finishers come from the same strategy (in this case, the interaction of Sensei, Kykar and Elsha), but have different mechanics, so as not to suffer from a common hate card. We use

and the combination of

with an empty library, thus filling out different requirements that are not stopped by the same effects Our next concept will be based on the possibility of tutoring the cards that trigger our victory (

). When we unify our efforts to simplify an entire combo in a single spell, we can strengthen the build with control cards and answers to our opponents, as well as ways to linearly advance our game and create board presence. I am not saying to have only one way to win, but to focus on finding a shortcut to it. Finally, to choose our ways of winning, focus on cards that individually add to the game. Think of

to explain this - this combination has a very high finishing potential, but individually, both cards allow interactions with the board and our commander, thus having a 2 to 1 ratio, not limiting its use to just one moment of the match. I know that touching upon loose concepts isn't much didactic, but to compensate, I ask you to look at the list and some topics about it:

• There are no creatures on the deck other than combo pieces;      • Most spells have draw or mana acceleration, which take advantage of Kykar's mana generation for virtually zero cost;      • It is rare to find effects that require 2 blue manas for its realization, which takes advantage of the red generation we have;      • Wheel effects always renew depleted hands and allow for a considerable storm, as well as the use of

. All of these points derive from careful analysis and game testing - a slow and necessary process to reach the maximum of a general.

The icing on this magic cake of ours is given by the removals and counters that hold the fort and are recycled by Kykar's mana ability.

After analyzing the arguments, we can conclude that playtest is essential in achieving the maximum result of our game. It is a misconception that playing only two or three times with a Commander is enough to sate that it's useless or that there is no potential there, this process is slower and gentler than that. That's all for today. Thanks to everyone who has been following this series of articles and as always I ask you to leave your feedback so I can keep improving. Until the next time!