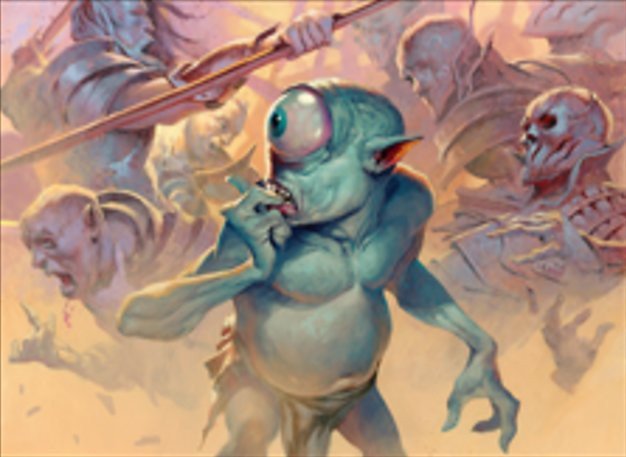 Legendary Planeswalker — Karn (R) Activated abilities of artifacts your opponents control can’t be activated. +1: Until your next turn, up to one target noncreature artifact you control becomes an artifact creature with base power and toughness equal to it's converted mana cost -2: You may choose an artifact card you control from outside the game or in exile, reveal that card, and put it into your hand. {5}

1WW Legendary Planeswalker — Gideon (M) As long as it’s your turn, Gideon Blackblade is a 4/4 Human Soldier creature with indestructible that’s still a planeswalker. Prevent all damage that would be dealt to Gideon Blackblade during your turn. +1: Up to one target creature of your choice gains Vigilance, Lifelink or Indestructible until end of turn. -4: Exile Target nonland Permanent {4}

Nissa, Who Shakes the World

3GG Legendary Planeswalker — Nissa (R) Whenever you tap a Forest for mana, add an additional G. +1: Put three +1/+1 counters on up to one target noncreature land you control. Untap it, then it becomes a 0/0 elemental creature with vigilance and haste that's still a land. -8: you get an emblem "Lands you control are indestructible". Search library for any number of rforests, put them on the field tapped, then shuffle your library. {5}

2WB Legendary Planeswalker — Sorin (R) As long as it’s your turn, creatures and planes walkers you control have lifelink. +1: Sorin, Vengeful Bloodlord deals 1 damage to target player or planeswalker. -X: Return target creature with CMC X or less from your graveyard to the battlefield. It's a Vampire in addition to its other creature types. {4}

1WU Legendary Planeswalker — Teferi (R) Each opponent can cast spells only any time they could cast a sorcery. +1: You may cast spells as though they had flash until your next turn. -3: Return up to one target artifact, creature, or enchantment to owners hand. Draw a card. {4}

UBBBR Legendary Planeswalker - Bolas (M) Nicol Bolas, Dragon-God has the loyalty abilities of all other planes walkers on the battlefield. +1 You draw a card, each opponent exiles a card from their hand or a permanent they control -2 Destroy target creature or Planeswalker -8 Each opponent who doesn't control a legendary creature or planeswalker loses the game {4}

WUBRG Legendary Creature — Dragon Avatar (M) Flying When Niv-Mizzet Reborn enters the battlefield, reveal the top ten cards of your library. For each color pair, choose a card that’s exactly those colors from among them. Put the chosen cards into your hand and the rest on the bottom of your library in a random order. 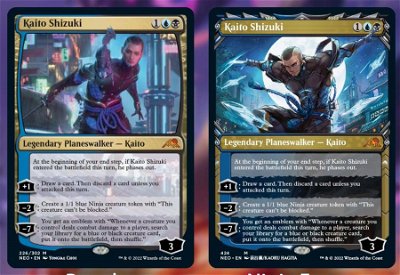