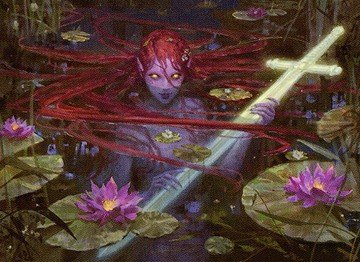 When the Brawl format was announced last year I was very excited. It was the promise of some sort of variation on Commander - the best Magics format - and I couldn't wait to start building my decks. However, my local community doesn't seem to have embraced it. Many of Commander's friends and colleagues rejected the idea of ​​playing the format for several reasons. Also, it all seemed to have been hurriedly made by Wizards, and the format wasn't properly supported. Yet. More than 1 year and 6 months after that announcement, the Brawl format has finally been resurrected and has given signs that it will show what it came for. In addition to the precons that hit the shelves along with Eldraine's Throne, after we asked a lot, the Brawl also arrived at the Magic the Gathering Arena.

I still have several criticisms regarding both the precons and the way the format is being implemented in Arena; but even if not everything is a bed of roses yet, one thing I must admit: playing Brawl has been a lot of fun. I still see a lot of resistance from the community about this “EDH Soft”, especially among Commander's group. However, the fact is that MTGA is a big hit and Brawl will probably be the closest thing to Commander we'll have on the platform. Although it exists only in 1x1 there, the format still remains casual, with a very diverse metagame allowing for many different decks. Although I'm not so much a fan of any other game than the good old free-for-all meson of discord, Brawl's matches in Arena have brought a few hours of joy like the deckbuilding. For that reason, I decided to share with you a little of what I have seen over the first month playing and building on the platform daily. The following lists are the strongest, most interesting and/or fun (not necessarily all at the same time) that I had contact with during this period - whether playing with it or against it. I wish in this article there were options for players of all levels, at all stages of the Arena; that's why I chose Aurelia to start with. If you came from Commander and dislike Boros because it is a somewhat outdated color combination, be aware that things are quite different here. In 1x1 Aurelia is a respectable general. Its deck is very linear and forceful, with fast creatures taking to the field every turn and putting pressure all the time. Creatures with

- buffing each other and increasing their damage potential. Aurelia comes into play many times to decide the match, but sometimes the opponent is still alive (and barely breathing) giving him the opportunity to hit her on the return. The deck loses its breath in mid-late game (as expected) and if subjected to most of the major global removals from the format (

, etc.) and can face problems if you face very interactive decks. But overall it can compete with a lot of casual decks and so it's a great way to start your adventure into the format. It is very easy to assemble and can be done using much of the base (including the commander himself) of the pre-built

we all received as soon as we unlocked the guild decks when we finished the tutorial. Here's the deck version with most upgrades:

Quite unlike Aurelia's objectivity, Emry is already a deck for those who like to interact over and over and play 25-minute turns. Joking aside, this deck consists of exploiting as much redundancy as possible through "bursting" artifacts such as

and, of course, our old friend

. The deck is extremely resilient thanks to Emry's ability to draw from cemetery artifacts, bringing not only utility effects eggs but also important pieces that are destroyed. Emry herself is hard to remove because of her affinity for artifacts that most often allows her to cast her again for just {U} or a little bit more than that. Despite the advantages, the deck has a slight deficiency compared to staggering the game to a satisfactory clock and finding a win condition - a function that is often handled by the few bombs on the deck (

). You can also try an alternate victory line through the self-mill with

. The archetype also suffers from a lack of effective responses against high-impact creatures and permanents, which turns out to be a significant problem, as the deck can hardly win before the opponent does its most powerful magic. Still, it's one of the decks I have the most fun playing.

Within the black color identity we have 2 of the most interesting interactions of the format. The first is the already known

. The second is the most powerful in my opinion:

, a combination that allows you to literally cast your entire deck at the cost of exorbitant hit points. Obviously for this to be viable you need a building that provides you with good sources of livelihood. This is possible with any combinations that have black and white, but I particularly prefer monoblack to keep a more dedicated and with no tapped lands mana base. Among the commander options for this archetype we have

as the most common, but the version I like best is with

in the command zone. For the 8-mana demon to be viable in x1 Brawl, the deck needs to be able to play without much reliance on it, which is very much possible to do in a monoblack shell with the best point and overall removals available in the format. The base of the deck is basically composed of lifelink creatures (all possible) and food effects, as well as some cards that use life as a resource - such as

. Although simple, the game plan works and is very synergistic. Although cool and easy to play, it is not a very competitive deck.

After observing our regional metagame during these early weeks of Brawl at the Arena, I found that

is undoubtedly one of the format's most popular, if not the most popular, generals. In fact it has been assembled by many people and is already the most used in our internal leagues. The version best known for him is a Grixis control with a robust removal package and a superfriends shell based on accelerating the ultimate Ball with

. Many lists use tutors such as

to dig the Elderspell more quickly while holding off the opponents threats with interactions. The deck has few creatures and relies on a clean board so that PWs are not easily beaten by the opponent's creatures, which makes the deck extremely dependent on timing with removals. In situations where the opponent can mount his board, this deck loses effectiveness and is easily defeated. Because of this, despite being very popular, his winning rate is not that great… but it is still a deck to be respected on an x1.

Behind Nicol Balls in popularity and well ahead in efficiency, we have

. An commander with high individual value whose deck has been gaining a lot of relevance. If I had a bet today for a tier 1 deck on Brawl, I would bet on Golos. Looking at the list on the surface, you can get the impression that the cards are totally unconnected, and even find that the deck has been assembled simply by selecting a handful of good cards without much synergy together. And that's exactly what this deck is: a toolbox of a lot of useful cards in different situations ... and a lot of ramp, of course. Golos' decks stand out for their ability to circumvent various situations, being able to return to the match and turn the game in their favor, no matter the occasion. Being an essentially Ramp deck, the interaction with

remains strong around here (remembering that the land is banned in t2 but not in Brawl) certainly being the first land to be tutored by the commander. The deck has a relative dependence on Golos and its activated ability, which is what drives the game, but it is not uncommon to do well without it, as the deck has several other cards of individual value. The deck is heavy but ramp up, so Golos' ability is very important in defining the game. I have seen some lists using

to compensate for a table without Golos - which sounds interesting to me - but the card can sabotage the controller itself in many cases here, so be careful.

That's all for today. And what about you guys, are you playing Brawl? What are you thinking of the format? Which decks are you finding most interesting? See you in the next article. And don't forget, if you want to meet me to play some games in the Arena, just subscribe to my youtube channel, I'm always live there in the direct challenger with the people in the chat. Bye =) 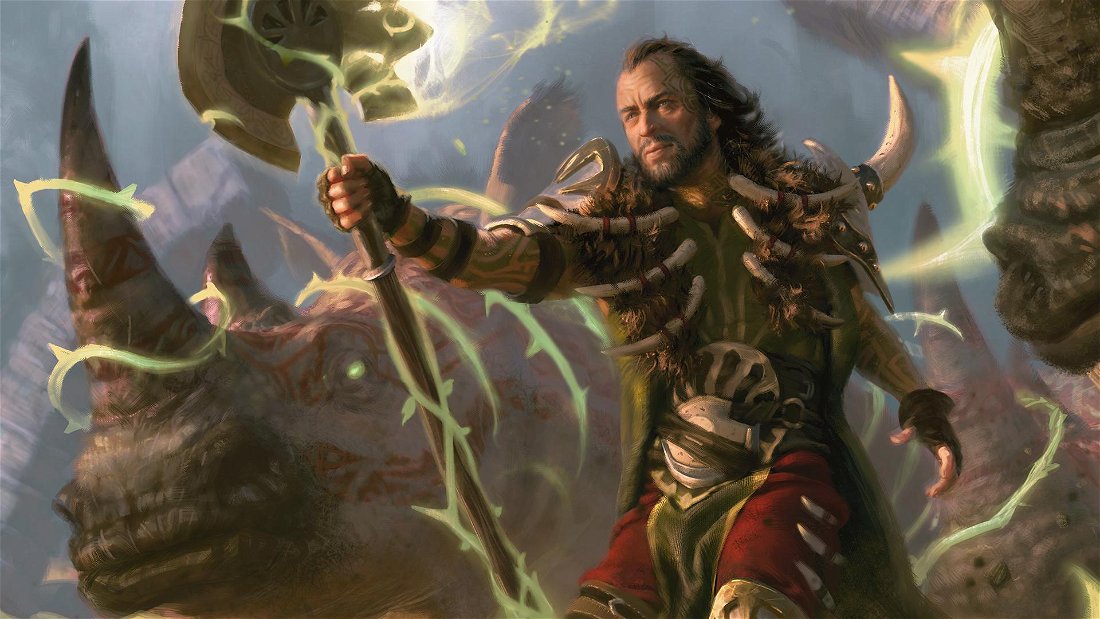 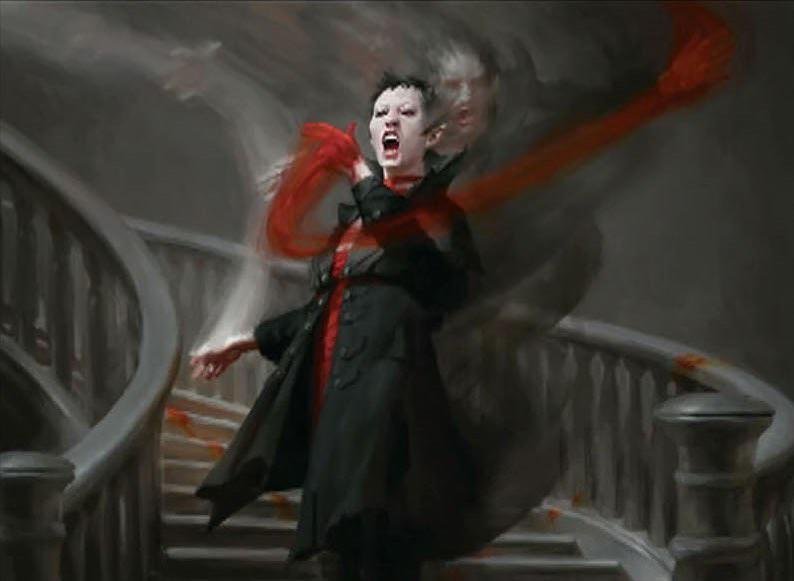