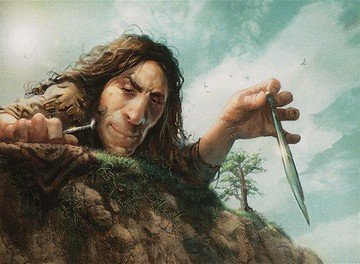 Magic on Budget - Introduction - An example with Burn in Pauper

Hello, players. This is MTG on Budget's first article for Cards Realm, and for starters I would like to introduce you to the topic we will be covering in the future:

Our beloved game, Magic, may just be a hobby for many - while for others, it may be a way to make some money (be it by playing the game, selling cards or creating content for it), and because of the high demand for some cards, this game can be a little expensive. If you are just a kitchen table player, you can set up several decks without spending much. With less than $20 you can already play the game just fine. However, if you're looking to get off the kitchen table and moving into the slightly more competitive scene (whether it's a FNM, a weekend tournament, or even a Grand Prix), it gets more serious, and, depending on the format, the amount you need to invest can (and probably will) exceed $1,000.

When you enter the competitive scene, you will want to build a strong deck. And for that, you will look for cards that best suit your strategy. However, you are not the only one looking for those cards, and the higher the demand for the card is, higher is its price. And this is where budgeting comes in, your ace in the hole. For our strategy, we use cards that are not so sought-after. Similar cards, which by themselves may not be that good, but are still consistent in our strategy. Let's see an example with a well-known deck in almost all formats: Burn (for this example I'll use the Pauper version).

The idea behind this deck is simple (although playing it may not be that simple), we want to play 7 sorceries that deal 3 damage each to your opponent, causing a total of 21 damage, thus ending the game. Let's look at an example game: You start the match with 7 cards in your hand. 1st turn: You play a mountain and then play a

, so you end with 5 cards in your hand. 2nd turn: You draw a card, play one more mountain, then play a

, so you have 4 cards in your hand. 3rd turn: You draw another card, play one more land, and then play a

, dealing a total of 18 damage. On your 4th turn you draw yet another card and play a

for a total 21 damage, winning the match. Let's go to the analysis now. Regardless of the cards you play, the game will end in only four turns (there is a chance that the second or third draw is a

, so you can deal 5 damage and sum 21 in your third turn, but it is a very slim chance). So if I don't have enough money to buy the most expensive cards on the deck (like

) I can replace them with

and my number of turns should still be the same. Although

costs more, if I wait to play it in the 4th turn I will have enough mana for it. And as that leaves me in need of dealing 2 more damage, I can use a

instead. Given these considerations, I can use the following list without losing much:

Something I always say (and repeat), is that budgeting is a great way for someone who can't afford much to get into the competitive scene via smaller tournaments and still have a chance to win something out of it. But if your intention is to be a higher-level competitive player, I would advise to slowly "evolve" your deck into its non-budget version. In small tournaments, like a FNM, you can get a good position (if you train well and study your local metagame). But as you move into larger tournaments, your budget deck is at a disadvantage. In short,

your decks is a perfect choice for kitchen table players as well as an option for those entering the competitive scene. I hope you enjoyed this article and see you soon!