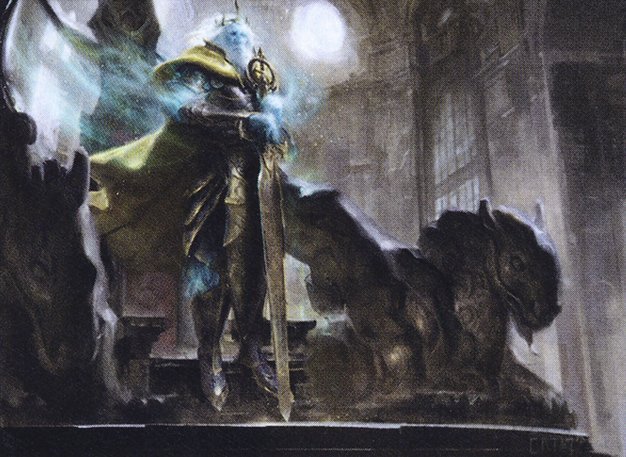 I decided to take the Eldraine theme to talk about another king who, in my opinion, translates exactly what I will try to explain: Brago, King Eternal

Hello my dears!  Everything fine with you? My name is Fogaça and I'm here again to talk about Commander. I see that many players have an affinity for a strategy of locking their opponents and slowing the game down so that there is time to develop their victory - we call this kind of stax deck - and for some time now I want to talk about it with you. Most current commanders use hate engines to perfect their build and get around certain matches without necessarily having their list characterize within the archetype, but when it comes to going all the way with stax, there is a lack of clue as to how to accomplish this feat. So I decided to take the Eldraine theme to talk about another king who, in my opinion, translates exactly what I will try to explain:

Clearly, our deck will use blink mechanics - which is bound to exile their own permanents and turn them into the field - so we should abandon the common notions and have three points in mind: We will not need another blink motor besides Brago;  if it is not enough, your build is wrong and should be adjusted accordingly; Our deck will behave like a stax to give us time to get the best out of ETB effects from our perms, so not having such effects or overusing hates is detrimental to the deck's potential. Cost-raising effects or any effects that are not circumvented with the help of our commander are useless as they disrupt our strategy as much as those of our opponents.

When we build a list, we usually analyze the commander and see a win condition based on his attributes and then develop the game plan, however, in Brago's case, the game plan is above wincons, and his skills scream for a construction that benefits from once-unique effects; the general's own aggregate repetition demands that the game be slow enough for the effects to accumulate and become the strategic advantage that will differentiate our game. Looking at ways to promote this slowness, two stand out when related to our arsenal: effects that force players to keep their permanents tapped and reduce the number of spells allowed in a single turn. As for the first one, the reentry of artifacts, creatures, and enchantments allows them to return untouched to the field, ignoring the tap sentences imposed on opponents. In relation to the second, we will take advantage of the high cost of our spells and the repeated enjoyment of their effects to counter conditions that prevent the victory of storm decks or that benefit from multiple spells in one turn. To make all this possible, we will need a consistent base of artifacts for quick and effective mana generation, thus promoting our king's accelerated entry and early game speed reduction. Cards like

, complementing each other to promote the speed and consistency required. 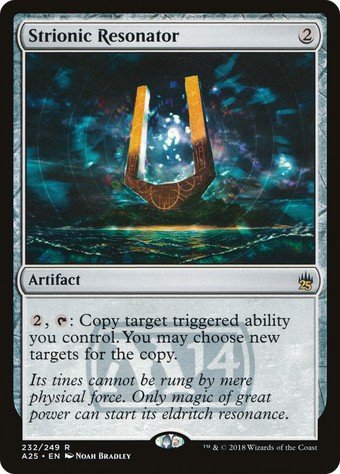 Now that we know how we will progress in the game, we should have some chances to win as time will be in our favor. The evasion of our legend almost always resolves its effect, and can be combined with

(which will enable land clearance). The sequence of field entrances can be harnessed by effects such as

Altar of the Brood

, which, along with the loop, will provide for the complete discard of the opponents' deck - whereas problems such as the existence of

will end such, also serving as a condition of victory when combined with

All remaining cards on the list have been carefully chosen to give value to the game, being a mix of efficiency and power. Tutors, purchases, stax, cancellations and removals come together in a mix designed to solve every problem that is imposed on the table, so that the build also takes on a toolbox feature.

I know I say that a lot, but this is also an almost unique case for this topic. The deck works perfectly well with table-locking forms and one or another combo to end the game, so that really expensive cards characterize the recursion of a toolbox. If desired, this function can be set aside to reduce the value of the list, giving rise to more purchases and other effects that can be enjoyed as the game slows down.

Commander input speed gives the consistency needed for strategy, but is not a priority. I recommend that a basic draw, stax and wincons package be established according to its accessibility, and then its list progresses to complement it, so there is the possibility of playing even without many of the cards used in my construction.

After analyzing the arguments, it can therefore be concluded that the lock-based control archetype is not something where there are fixed parts that will always be used. Each commander requires a distinction of benign and malignant effects for his strategy, which must be studied for their best use. For today we stay here. Thanks to everyone who has been following this series of articles and I ask you always leave your feedback to keep improving. See you next time, my dears!