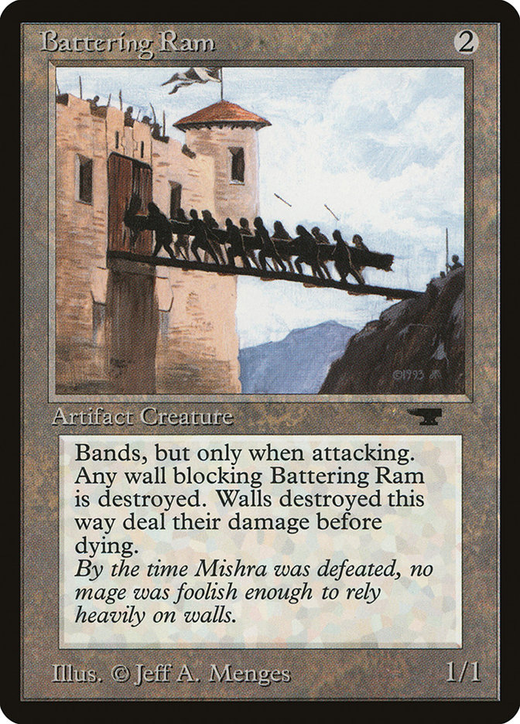 At the beginning of combat on your turn, Battering Ram gains banding until end of combat. (Any creatures with banding, and up to one without, can attack in a band. Bands are blocked as a group. If any creatures with banding you control are being blocked by a creature, you divide that creature's combat damage, not its controller, among any of the creatures it's blocking.) Whenever Battering Ram becomes blocked by a Wall, destroy that Wall at end of combat.

Art minified Art full
Full image Price history
If a creature with banding attacks, it can team up with any number of other attacking creatures with banding (and up to one nonbanding creature) and attack as a unit called a “band.” The band can be blocked by any creature that could block a single creature in the band. Blocking any creature in a band blocks the entire band. If a creature with banding is blocked, the attacking player chooses how the blockers’ damage is assigned.
Creatures in the same band must all attack the same player or planeswalker.