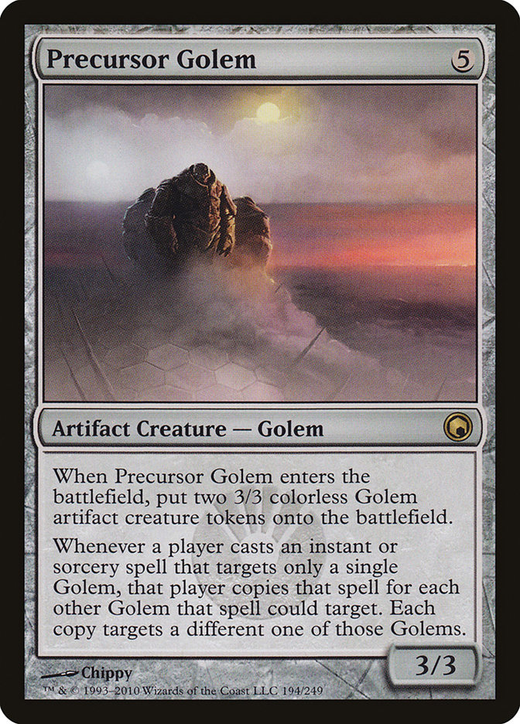 When Precursor Golem enters the battlefield, create two 3/3 colorless Golem artifact creature tokens. Whenever a player casts an instant or sorcery spell that targets only a single Golem, that player copies that spell for each other Golem that spell could target. Each copy targets a different one of those Golems.