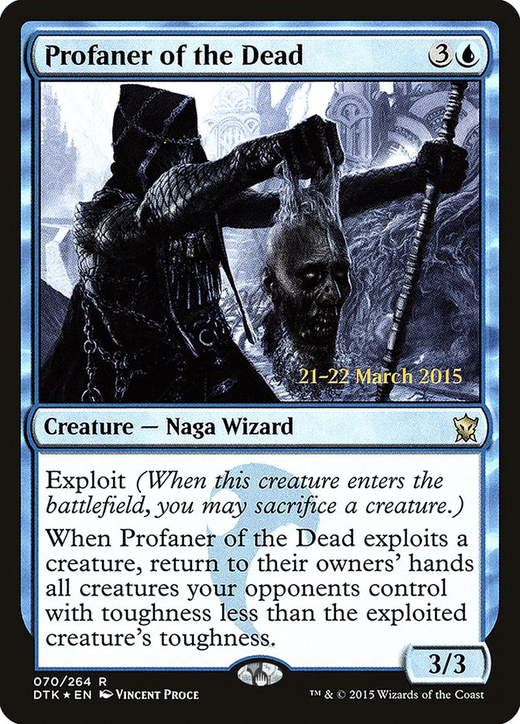 Exploit (When this creature enters the battlefield, you may sacrifice a creature.) When Profaner of the Dead exploits a creature, return to their owners' hands all creatures your opponents control with toughness less than the exploited creature's toughness.