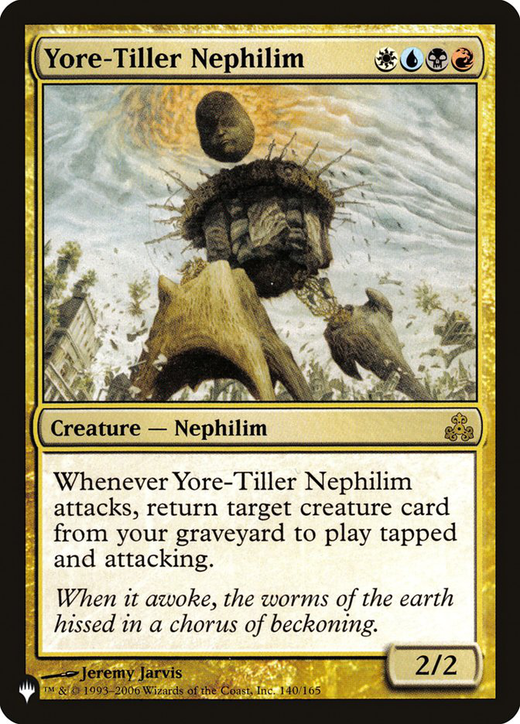 Whenever Yore-Tiller Nephilim attacks, return target creature card from your graveyard to the battlefield tapped and attacking.

Art minified Art full
Full image Price history
The creature you put onto the battlefield from your graveyard is attacking, even if the attack couldn’t legally be declared (for example, if that creature has defender or an effect says that no more than one creature can attack).
In a multiplayer game in which you’re allowed to attack only one player each combat, the new creature will be attacking the same player as Yore-Tiller Nephilim. In a multiplayer game in which you may attack multiple players, you choose the player the new creature is attacking. It must be a player you’re allowed to attack.