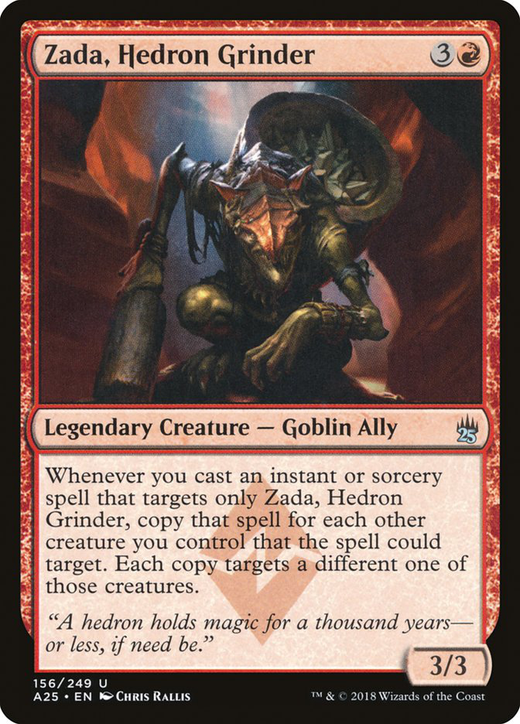 Whenever you cast an instant or sorcery spell that targets only Zada, Hedron Grinder, copy that spell for each other creature you control that the spell could target. Each copy targets a different one of those creatures.

Art minified Art full
Full image Price history
Zada’s ability triggers whenever you cast an instant or sorcery spell that targets only Zada and no other object or player.
The copies that the ability creates are created on the stack, so they’re not cast. Abilities that trigger when a player casts a spell (like Zada’s ability itself) won’t trigger.
If the spell that’s copied has an X whose value was determined as it was cast (like Rolling Thunder does), the copies have the same value of X.
Any creature you control that couldn’t be targeted by the original spell (due to shroud, protection abilities, targeting restrictions, or any other reason) is just ignored by Zada’s ability.