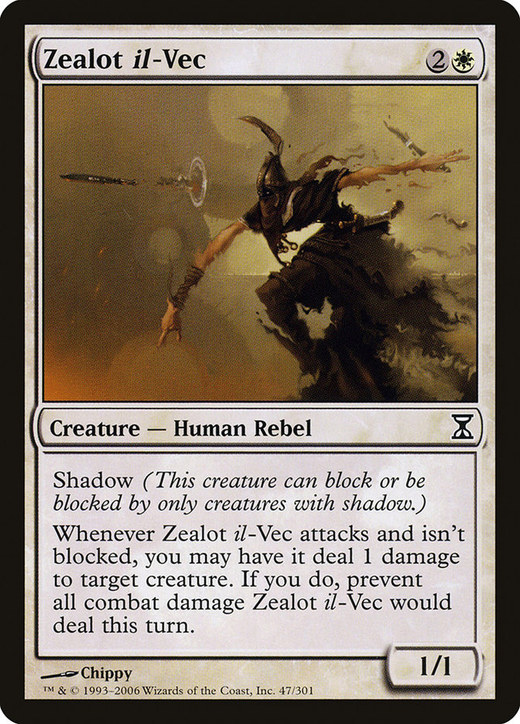 Shadow (This creature can block or be blocked by only creatures with shadow.) Whenever Zealot il-Vec attacks and isn't blocked, you may have it deal 1 damage to target creature. If you do, prevent all combat damage Zealot il-Vec would deal this turn.

Art minified Art full
Full image Price history
If an attacking creature has multiple evasion abilities, such as shadow and flying, a creature can block it only if that creature satisfies all of the appropriate evasion abilities.
An ability that triggers when something “attacks and isn’t blocked” triggers in the declare blockers step after blockers are declared if (1) that creature is attacking and (2) no creatures are declared to block it. It will trigger even if that creature was put onto the battlefield attacking rather than having been declared as an attacker in the declare attackers step.
When Zealot il-Vec attacks and isn’t blocked, you must choose a target for its ability even if you don’t use it.