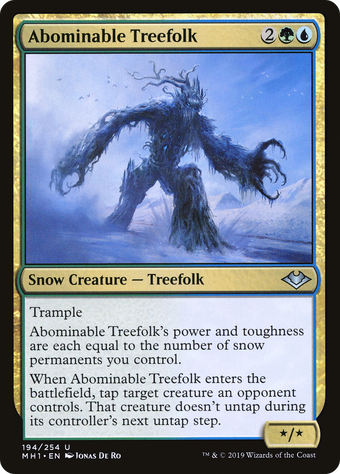 Trample Abominable Treefolk's power and toughness are each equal to the number of snow permanents you control. When Abominable Treefolk enters the battlefield, tap target creature an opponent controls. That creature doesn't untap during its controller's next untap step.