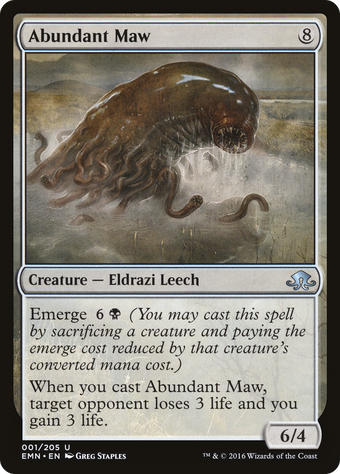 Emerge {6}{B} (You may cast this spell by sacrificing a creature and paying the emerge cost reduced by that creature's mana value.) When you cast this spell, target opponent loses 3 life and you gain 3 life.