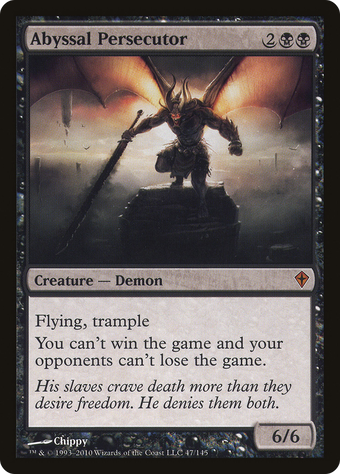 Flying, trample You can't win the game and your opponents can't lose the game.