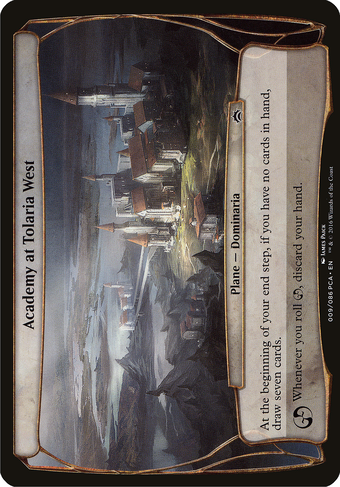 At the beginning of your end step, if you have no cards in hand, draw seven cards. Whenever you roll {CHAOS}, discard your hand.