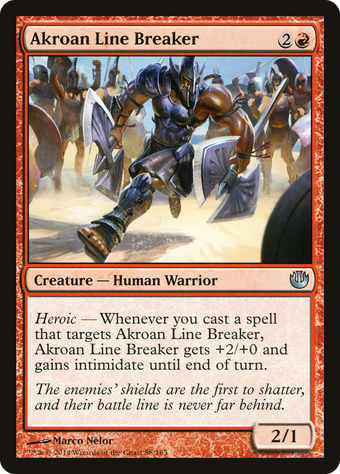 Pioneer
Modern
Legacy
Vintage
Penny
Commander
Duel
Art minified Art full
Full image
Heroic abilities won’t trigger when a copy of a spell is created on the stack or when a spell’s targets are changed to include a creature with a heroic ability.
Heroic abilities will resolve before the spell that caused them to trigger.