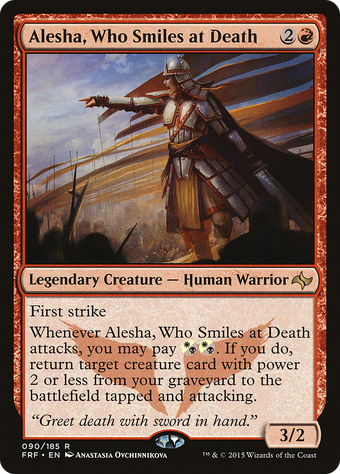 Alesha, Who Smiles at Death

First strike Whenever Alesha, Who Smiles at Death attacks, you may pay {W/B}{W/B}. If you do, return target creature card with power 2 or less from your graveyard to the battlefield tapped and attacking.

Sword of Feast and Famine

More combos with Alesha, Who Smiles at Death