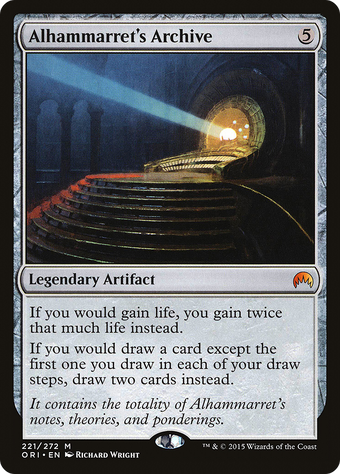 If you would gain life, you gain twice that much life instead. If you would draw a card except the first one you draw in each of your draw steps, draw two cards instead.