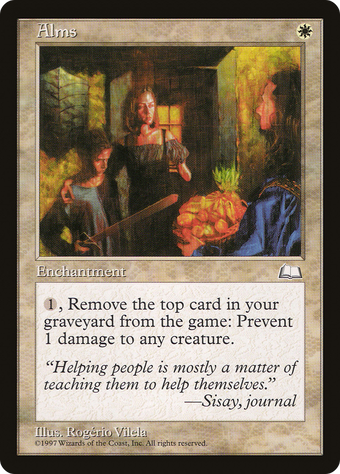 {1}, Exile the top card of your graveyard: Prevent the next 1 damage that would be dealt to target creature this turn.