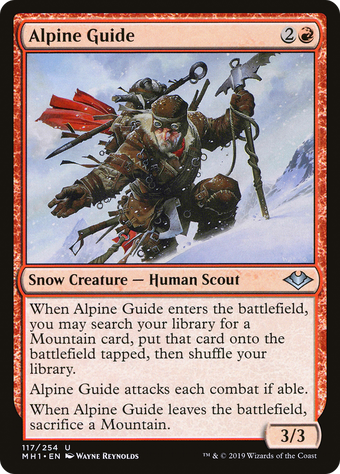 Modern
Legacy
Vintage
Penny
Commander
Duel
Art minified Art full
Full image
If Alpine Guide can’t attack for any reason (such as being tapped or having come under a player’s control that turn), then it doesn’t attack. If there’s a cost associated with having it attack, its controller isn’t forced to pay that cost, so it doesn’t have to attack in that case either.