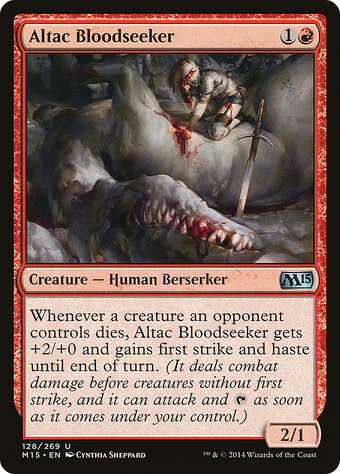 Whenever a creature an opponent controls dies, Altac Bloodseeker gets +2/+0 and gains first strike and haste until end of turn. (It deals combat damage before creatures without first strike, and it can attack and {T} as soon as it comes under your control.)