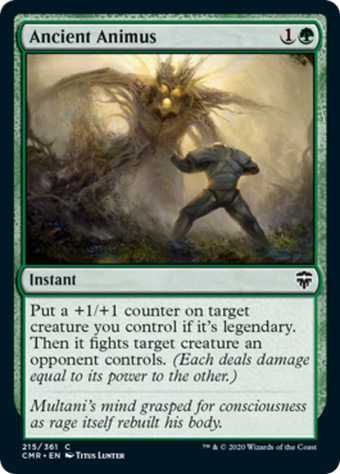 Put a +1/+1 counter on target creature you control if it's legendary. Then it fights target creature an opponent controls. (Each deals damage equal to its power to the other.)