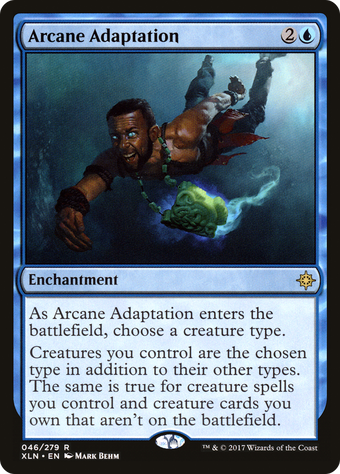 Historic
Gladiator
Pioneer
Modern
Legacy
Vintage
Penny
Commander
Duel
Art minified Art full
Full image
Replacement effects that modify creatures of a certain type as they enter the battlefield will apply after you apply Arcane Adaptation’s effect. This is a change from previous rules. If you control Arcane Adaptation and the Aether Revolt card Metallic Mimic, with the same creature type chosen for both, then any creature you control will enter the battlefield with an additional +1/+1 counter on it.