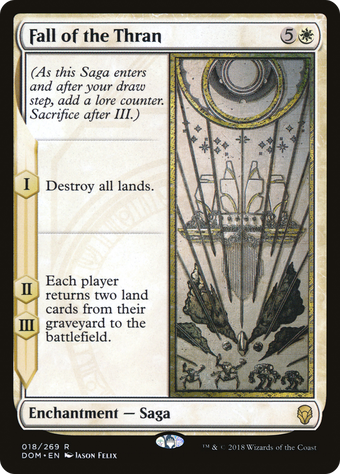 Fall of the Thran

(As this Saga enters and after your draw step, add a lore counter. Sacrifice after III.) I — Destroy all lands. II, III — Each player returns two land cards from their graveyard to the battlefield.

More combos with Fall of the Thran