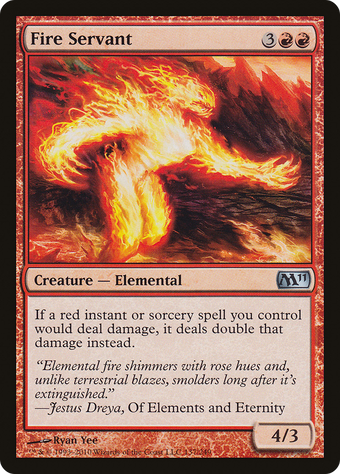 If a red instant or sorcery spell you control would deal damage, it deals double that damage instead.