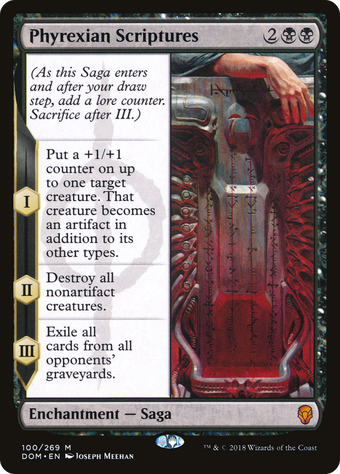 (As this Saga enters and after your draw step, add a lore counter. Sacrifice after III.) I — Put a +1/+1 counter on up to one target creature. That creature becomes an artifact in addition to its other types. II — Destroy all nonartifact creatures. III — Exile all cards from all opponents' graveyards.