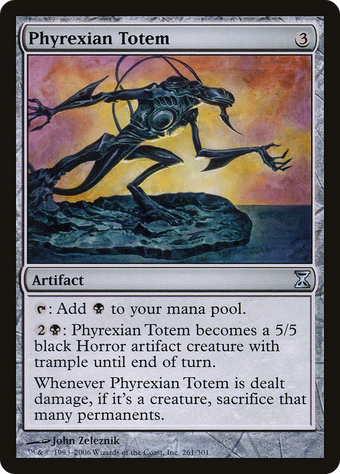 {T}: Add {B}. {2}{B}: Phyrexian Totem becomes a 5/5 black Horror artifact creature with trample until end of turn. Whenever Phyrexian Totem is dealt damage, if it's a creature, sacrifice that many permanents.