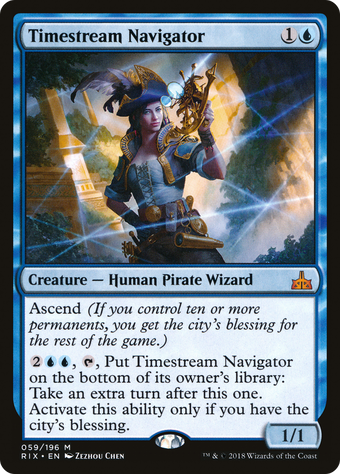 Ascend (If you control ten or more permanents, you get the city's blessing for the rest of the game.) {2}{U}{U}, {T}, Put Timestream Navigator on the bottom of its owner's library: Take an extra turn after this one. Activate this ability only if you have the city's blessing.