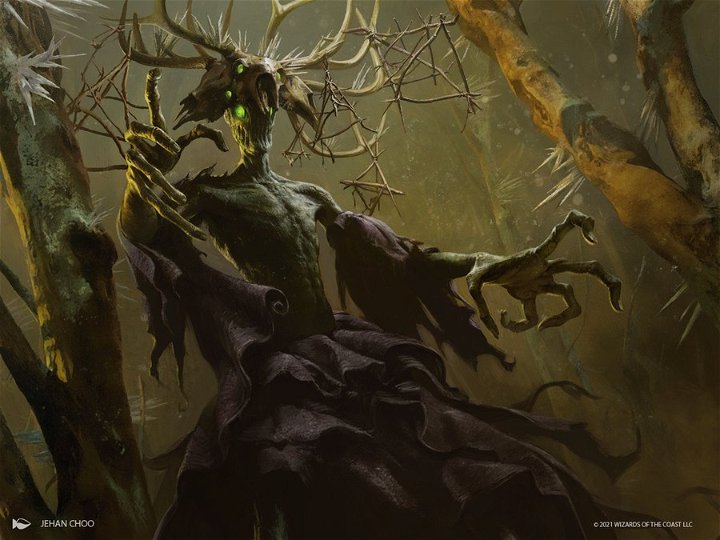 Innistrad: Midnight Hunt brought some frightening surprises, among them, Old Stickfingers is undoubtedly my favorite, as it allows for terrifying combos, infamous plays and the best of the classics:

, utilizing our commander's trigger ability to tutor the pieces of our play, seeking to end the game with a flurry of Tendrils of Agony or with infinite damage. There is an alternate win line through

Old Stickfingers, is an ancestral horror of

. It is thousands of years old and as many as the years are his names - Aval, Lord of the Vineyards of the Abode, The Bearer of Terror, the Destroyer, Macath and thousands of others.

Did you do your chores today?

Inside every hollow tree

And no one will remember thee

Its look evokes the most different myths in the imagination, which reminds me of "

He Who Walks Behind the Rows

", an entity from the short story "

", where we have beings closely linked to a locality, person or lineage. Similarly, we've already had the presence of guardian spirits in Magic: The Gathering, as in the Spirit of the Hearth card. His tale, one of the most terrifying in Innistrad's recent history, can be read in His Eyes, All of Them

. The Old Stickfingers card has varying power and toughness depending on the number of creatures in your graveyard, as well as having the frightening ability to dig cards in your deck in any amount — a source of immense value since in many decks the graveyard is an extension of the hand itself.

Old Stickfingers's strategy is based on its triggered ability, which puts all of our creatures into our graveyard. Haakon, Stromgald Scourge lets you play knight cards from the graveyard to the battlefield, so we've chosen to use the knight subtype on all other creatures in the deck. They are Jousting Dummy, which is an artifact creature that has toughness 1 and its converted mana cost of 2, important details that will be covered later, and Cabal Paladin, which punishes our opponents for 2 points of damage to each opponent every time we cast a historic spell (

When these creatures are in the graveyard, an important interaction takes place, as each time Jousting Dummy is cast, our Cabal Paladin will deal 2 damage. Our main tactic is to perform this interaction over and over again until we finish off our opponents. To speed up this interaction, we need our Jousting Dummy to always return to the graveyard after being played and having enough mana to pay its cost. For that, we'll have Heartless Summoning, that reduces the cost of our creatures by 2 and reduces their power and toughness by 1. This way, when we cast it, we'll pay 0, and it will always be sent back to the graveyard as its toughness will always be 0.

The use of interactions with other players is an important part of our strategy. There are plenty of direct interactions which, aim to be effective against as many threats as possible. Savage Summoning prevents our commander from being countered. Autumn's Veil protects our creatures from opponents' interactions and prevents our spells from being countered. Shred Memory can be used to remove problematic cards from opponents' graveyards, albeit rarely. Similarly, Turn the Earth can be used, however most of the time it is aimed at protecting our graveyard from exile effects. Broken Bond is a removal with an occasional ramp. Duress removes threats before they are played. Gaze of Granite is an excellent selective sweeper for those

who bother us so much, as Languish deals with smaller creatures, be it mana elves, goblins or those annoying Hatebears. Cursed Totem, while not a removal, is a powerful interaction that prevents creature abilities from being activated.

Old Stickfingers already performs the role of tutor in the greatest degree; however, we need a boost to get those cards he doesn't search for. Among the tutors, we have Dark Petition which for proper purposes costs 2 mana; Diabolic Tutor, Mausoleum Secrets, which is perfect for our strategy; Shred Memory has the role of tutor through the

ability and Wishclaw Talisman is always an excellent tutor. Locating the right cards quickly is paramount in decks based on card combinations. In addition to the possibility of searching for cards through tutors, we have some card draw and recursion. Direct draws include Read the Bones, Sign in Blood, Greed, Dark Tutelage, Ransack the Lab, and Arguel's Bloodfast. Some wheel effects like Dark Deal and Credit Voucher are crucial to discard our creatures if they are drawn. Resource recovery in singleton formats is of tremendous importance, as redundancy is not always possible. Among our second chances are: Regrowth, Reclaim, Conjurer's Bauble, Elixir of Immortality.

Achieving the correct turn as quickly as possible is often the difference we need to fit that decisive play in a way that surprises our opponents, so we have an abundance of mana sources to supplement the resources generated with our lands. Among the different groups of alternative sources, we will use the lowest cost mana rocks as an option to curve quickly; the accelerators and ramp, in these categories we have rituals, spells that put land in our hand and others directly into play; And as another option, some enchantments that increase the amount of mana generated by some lands; and last but not least, lands that can be sacrificed to generate additional mana.

“Don't sneak out or you'll shout”

Our winning combo has Haakon, Stromgald Scourge and Heartless Summoning, to cast Jousting Dummy as many times as necessary to win using some finishers: Tendrils of Agony dealing 2 damage to an opponent and gaining 2 life each time we cast Jousting Dummy. Cabal Paladin dealing two damage to each opponent each time we cast a historic spell, as well as each time we play Jousting Dummy. Tainted Strike and Phyresis when played with Cabal Paladin allow you to deal damage in the form of poison counters to all opponents. This line allows for a differentiated play where we can play our mana rocks or our commander successive times to the graveyard, infecting our opponents. Or a Jousting Dummy with lethal damage if we have plenty of mana available.

“And no one will remember thee ”

Old Stickfingers is a commander with incredible potential for those who enjoy graveyard interactions, as they've gained one more consistent option. The combo lines with graveyard are diverse, and each one has its peculiarities. The line with Haakon could be different with Ashes of the Fallen expanding the possibilities of interactions and other lines follow Razaketh, the Foulblooded, Necrotic Ooze and Rot Hulk at the center. All these alternatives can be added together with the well-known Golgari / Witherbloom core. Thanks for reading and good games! Any questions, I'm available in the comments! 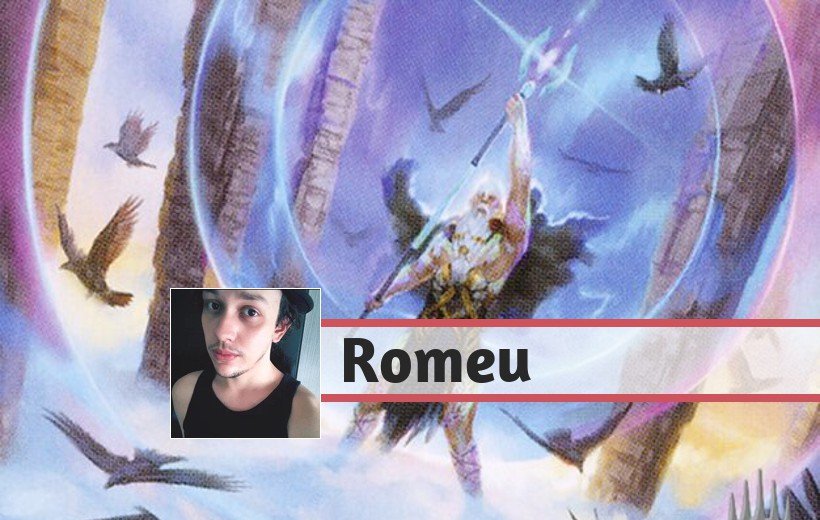 Analyzing the future of Alrund's Epiphany 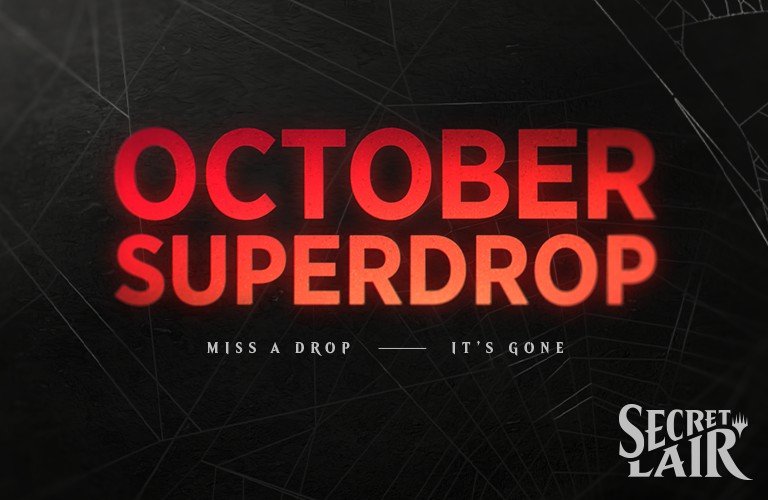 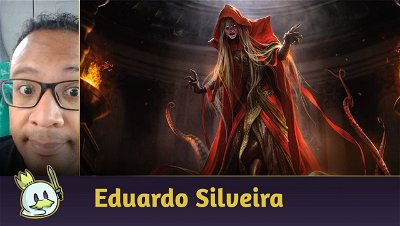 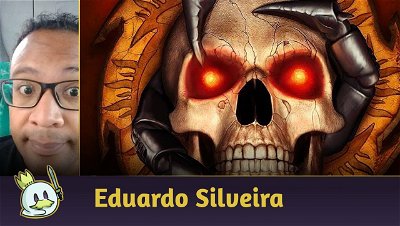