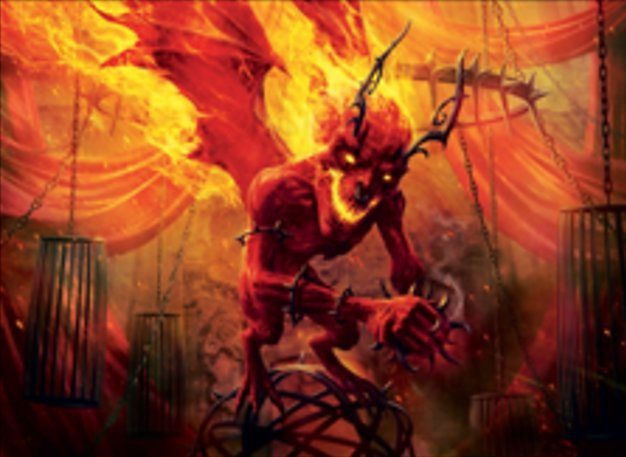 Do you want to play Commander, but the format seems too expensive to you? Come with me and I'll show you it is possible to enter the format with Commander Blim, Comedic Genius!

Greetings, people of Dominaria! I'm Ralf, and let's get right into it and start our primer. Today I bring you a commander who in addition to being funny is a genius when giving bad gifts to opponents. That's right, its

And here is the best part: The deck is in a very affordable price range.

That hot analysis, starting (always) with the ramp/rocks:

Altar of the Pantheon / Commander's Sphere / Heraldic Banner / Mind Stone / Rakdos Signet / Sol Ring / Solemn Simulacrum: Basic ramp cards that I recommend having on low budget decks. Coveted Jewel is a great mana rock that gives you card draws, and may even go for free to an opponent! Pendant of Prosperity: Goes straight to the opponent, besides helping him/her it still helps you as well.

It is very important to be able to gift friends before Blim's trigger...

Akroan Horse: This little horse is already presented as a gift, and even gives us tokens to serve as fuel for bigger evil deeds with Jinxed Idol and Jinxed Ring, which will help us drain our opponents' life points gradually ... Sleeper Agent / Xantcha, Sleeper Agent: Just like the horse they enter the battlefield under the control of an opponent and already do the life drain job very well! Humble Defector / Wishclaw Talisman: Political tools, which can be negotiated. They also provide card advantage and may also be given in response to our commander's trigger. Captive Audience: In addition to having terrible abilities for your target, you can still make him/her die in just a single Blim trigger. Plague Reaver: A more complex option in this list to be given by itself, but still, it is a great gift to the commander. Endless Whispers: Creatures don't stay in the graveyards, they just come back to life under the control of one of our opponents. Witch Hunt: Although it can come back to you, this card is very important, especially because it is part of our life gain inhibitors!

... but don't think we are done here! Let's go to the “gifts” that affect all players

Everlasting Torment / Leyline of Punishment / Sulfuric Vortex / Forsaken Wastes: They play this role masterfully. These cards are simple, straightforward and some still punish the opponents lightly. Roiling Vortex: At first it is more a punisher/pain mechanic, but the Vortex still has an ability to not let our opponents gain life. Havoc Festival: This is the big boy who, in addition to fulfilling its role, will also speed up the game making everyone lose half their life points every turn.

Punishing everyone without distinction:

Loyal Subordinate: Opponents losing their life points for free? What could be better? Spiteful Visions: It gives us a small card advantage and still takes care of opponents who tend to draw a lot...

Jinxed Choker: The longer it is in the battlefield the greater the chance of eliminating our opponents, but be careful so you are not eliminated! Grid Monitor / Steel Golem: Because opponents without being able to cast creatures are easier to be defended against... Aggressive Mining: It is a delight to lock an opponent from playing lands, even though it may still give him/her a card advantage. Colfenor's Plans: Must be used wisely, but after the exiled cards are gone, it becomes the perfect gift. Stingscourger: It fulfills the function of providing a bounce effect, and it may also be discarded from the battlefield easily. It is still a gift option. Bloodcrazed Goblin / Wirecat: These creatures will rarely be able to attack you back. Form of the Dragon: Naughty way of taking an opponent to 5 life without any problems, and Blim flying ability makes up for its drawback. Demonic Lore: We draw cards and let an opponent deal with losing his/her life during their turn... Lich's Mastery: Has Hexproof. Combined with our strategies of not letting players gain life and removing their graveyard will leave the opponent who receives it counting the time to lose the game...

A little bit of STAX and Pillow Fort (some even giftable) to help our strategy:

Damping Engine: Leave your opponents unable to cast some permanents that you are giving them... Omen Machine: Freezes draws, but you can drop some bombs at no cost on the table. Smoke: It helps a lot not to take back some of the creatures we donate while being able to attack with Blim safely. Kazuul, Tyrant of the Cliffs: Grant us some blockers for free, so we can stay alive in the game. Fumiko the Lowblood / Grand Melee: Making our opponents attack every turn and with the help of Frenzied Saddlebrute / Frontier Warmonger / Rite of the Raging Storm is great since they will attack our other opponents!

Harmless Offering: Key card, in addition to Blim, so that we can make opponents lose the game. It must be combined with Demonic Pact, and then we use the three advantageous choices and offer it to the opponent you want removed from the game... Immortal Coil / Forbidden Crypt / Nefarious Lich: Make the player lose the game if there are no cards in the graveyard, then give these gifts after using Agent of Erebos / Bojuka Bog and remove their graveyards so they are forced to try not losing the game ...

Blasphemous Act / Languish: Mass Removals. Diabolic Tutor: The name says it all: It Tutors something evil. Strionic Ressonator: If one trigger is already good, imagine two! Thieving Amalgam: Generates gifts so that we don't have to donate our own permanents, as well as possible blocked ones while making our opponents lose life. Well my dears, that's it. I hope you enjoyed this primer and I'll see you next time! 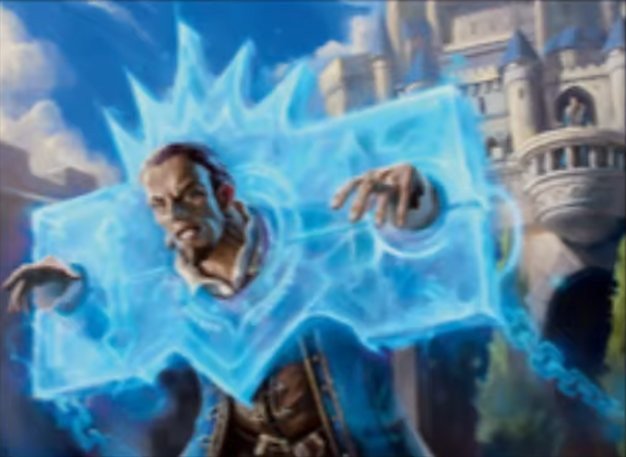 A Problem at Pauper's Monarchy? 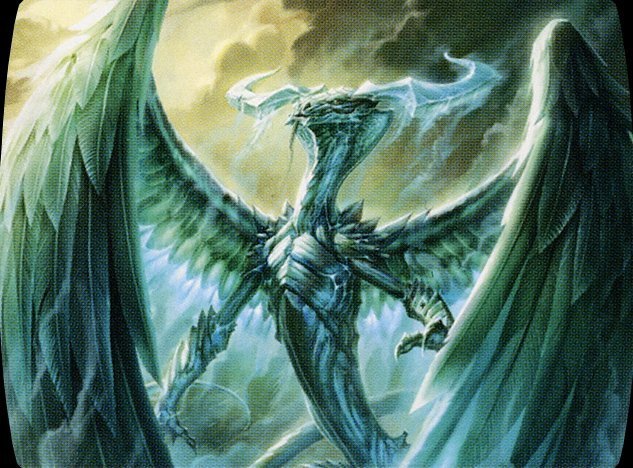 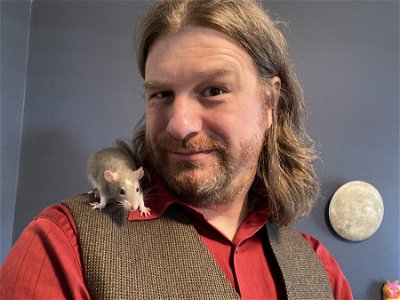