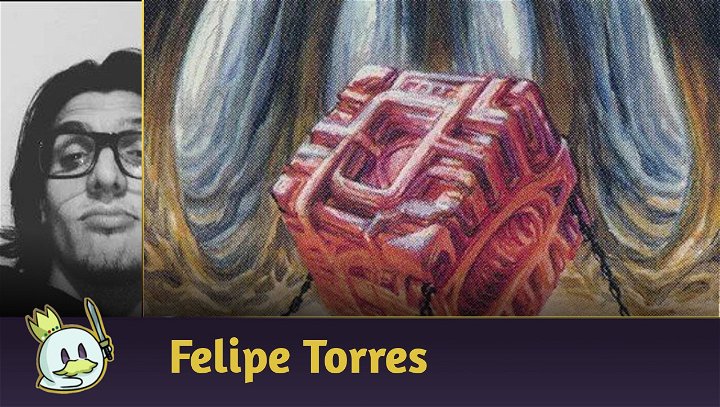 A Double Masters 2022 set review for competitive Commander, exploring its best reprints and how they influence the game.

Now that the Double Masters 2022 spoilers have come to an end, we are approaching its official release. We will see here which reprinted cards might be more interesting to acquire now, and their reasons.

Unfortunately, WotC decided to reprint Ravnica's bouncelands which, even though they received beautiful illustrations, are still lands that are hardly played in competitive formats. But let's stop fussing and start talking about the relevant lands.

This land is used in decks like Winota, Joiner of Forces and Najeela, the Blade-Blossom, which dislike being interacted with by their commanders and other key creatures in the deck. However, its price tag was too high, and this reprint should reduce it, so that new players can build their most fringe decks without necessarily spending a lot of money on them.

Forbidden Orchard and City of Brass

I'll talk about these two lands together for a simple reason: apart from decks like Najeela, the Blade-Blossom, which is negatively affected by the Forbidden Orchard tokens, both are lands that generate mana of any color and are format staples. Even if they have drawbacks, these are not as relevant as you don't have mana of the color you need during the game, and as it is common to use decks with many colors, these lands are widely played in the format. Except for monocolored lists, there are no decks that don't have reasons not to run these lands in their lists.

White has been receiving more affection in the new sets. In Double Masters 2022, composed only of reprints, it was no different. Leonin Arbiter and Teferi's Protection are other important, but less played reprints.

This enchantment is absurdly strong, being one of the most efficient ways for Stax decks to store mana — especially considering how common it is to have commanders who draw cards, such as Thrasios, Tymna, Kraum, Tevesh, and Tatyova. Aside from all the draw engines we have in the format, which make this enchantment even more amazing, Smothering Tithe having its first reprint is just great.

Blue received powerful reprints in this set, keeping the price of some cards more affordable. However, the most interesting reprints were as mythics.

One of the strongest and most efficient free counterspells, great way to prevent opponents from winning and with a mana cost that is not absurd like Force of Will, when making a hard cast. It's a staple for most blue decks, and having more copies of it on the market is important to make it easier to access and its price to drop, as it being more expensive than Fierce Guardianship, to me, is a bit pointless.

This counterspell hasn't been used as much due to its

cost, which leaves the deck pilot in a tricky situation. However, it can still be found in some Control lists, and even though it received a reprint in late 2020, its price was already rising again. It is important to keep these good counters always at an affordable spot, and coming out in a set that has a booster to encourage those who take these cards to play or trade, making it more accessible.

Like blue, black received a lot of affection. Unfortunately, this affection doesn't help cEDH that much, except for the cards I'll talk about here and Necrotic Ooze, which didn't need the reprint as much, but it will still help to keep its price stable.

An essential aristocrat, and even thought it wasn't steep, it's of paramount importance as an outlet for Orzhov and Golgari decks, who runs the reanimate enchantments (Animate Dead, Dance of the Dead and Necromancy) combo. Its differential compared to other outlets is to count the deaths of opponents' creatures as well.

This tutor really needed a reprint, being more expensive than many of the cards on the Reserved List, and it's a pointless price compared to the card's utility, a Vampiric Tutor at sorcery speed. Currently, Imperial Seal has already dropped to less than half before its release. I imagine this should drop even further when stores start opening boxes – which is great.

Red has maintained its relevance throughout the sets with the arrival of new cards and the reprint of old cards that were prohibitively priced, and this one has brought even more important reprints. This is the color that most interacts with treasures, a very efficient tool for filtering and “saving” mana.

Released in the 2019 Commander decks, Extortionist has become a staple present in pretty much any red deck, and its potential led many players to change decks to have access to red and be able to use it.

We have another two-mana extra turn here that can be used in one or two color lists as a rush to victory. Just like the other red extra turns, it puts you at an impasse when using it: it will be all or nothing, just like Final Fortune and Last Chance. This reprint will work similarly to Imperial Seal, as both were extremely expensive cards that had no booster reprint since their first release.

It is an important alternative combo piece in decks without access to many other colors. Together with Dualcaster Mage it manages to make infinite hasty tokens with only two pieces and is an interesting "plan B" in Magda and Godo lists.

In addition to the ones I separated to talk about, we also had Bloom Tender, which isn't seeing as much play lately, but is still used in some fringe decks, and Green Sun's Zenith, a relevant tutor, but it has had numerous reprints recently, and its price shouldn't be affected that much. Even though it is not considered one of the best colors, green is a very solid color in competitive Commander.

This creature was released in Jumpstart, a badly distributed set, and was one of the strongest cards released. And in Competitive Commander, this creature, in addition to being a great way to avoid counterspells, can still work as a finisher in the late game because of its ability, being played in several Mono Green lists because of that.

One of the most iconic cards in cEDH and the main piece of a combo that bears its name, this enchantment hasn't received any significant reprints since its release.

Now with this reprint, it should be even more common to be seen in competitive tables;

One of the best removals from the format that doesn't have any kind of restriction or limitation, and its drawback is almost nonexistent, as there are few decks that run basic lands. Being able to remove any permanent that is problematic for you, for just two mana, makes it deserve a spot on every black and green list.

One of the most relevant positive mana rocks in the format, which even with reprints, always ends up maintaining a high price. It's hard to think of a deck that doesn't want a Mana Vault, since positive rocks are always welcome on cEDH lists regardless of commander, and this might be a good time for you to secure yours.

This artifact is often played in decks that combo using reanimates, or that generate countless creature tokens, to have absurd amounts of mana. It was at an expensive price tag and urgently needed a reprint because since its price has gone up wildly since the pandemic. And I don't think it might drop too much since it came out as Mythic.

Another widely played card in Control lists and aimed at artifacts such as Urza, Lord High Artificer, Shorikai, Genesis Engine and Elsha of the Infinite, which was also reprinted in this set. It's incredibly strong for its card selection potential and versatility, enabling combos, and when mixed with fetchs and tutors it becomes much more powerful.

That's all for today! If you have any suggestions or feedback, I'm available in the comments. Thanks for reading and good games! 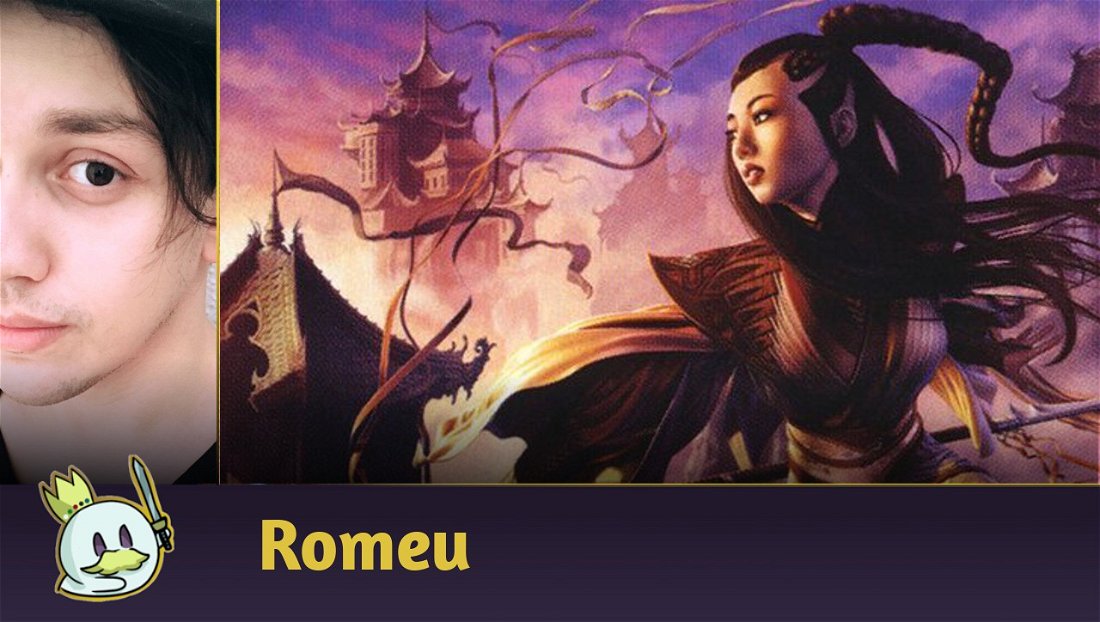 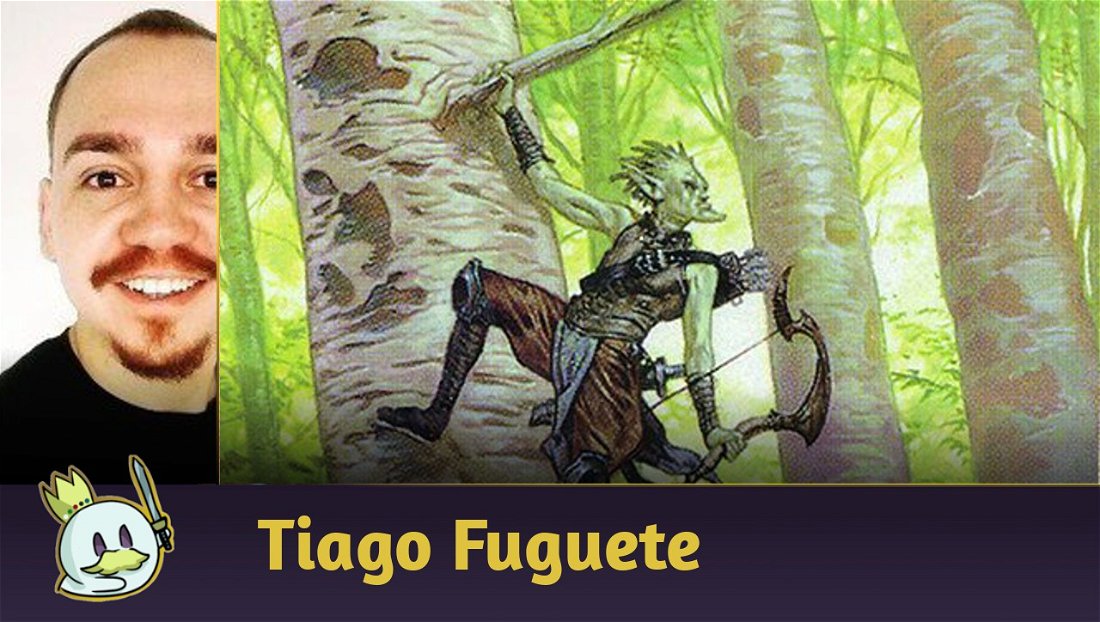