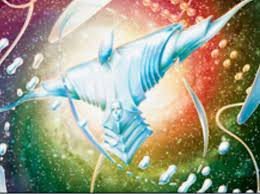 This article is about a recent Commander variant, Conquest, which is gaining ground wherever it goes.

Conquest is a new format, a more accessible alternative with its own rules along with a banlist focused on the competitive environment. In other words, the goal of the format is to have a healthy competitive metagame in games with more than two players, and with decks that have different strategies operating at the same level.

How Conquest was born

This dissatisfaction, added to some other problems seen in the format, caused a group of players to band together to devise a way to make Multiplayer games more competitive, and with a much wider range of possibilities. The first set of Conquest format rules, aimed at correcting the format's major problems, came out in March 2020, still as beta and open to future changes. This group of players that got together and formulated the first rules of the format consisted of Shapersavant, Sigi, Wedge, Pongo and IMOC.

Problems seen at Commander and differences between the formats

• The committee that regulates the format carries out bans thinking about the casual, not the competitive. • Diversity is small in competitive. • It's impossible to play Aggro in competitive, as your opponents have, together, 120 life. • Most of the abused strategies in cEDH take advantage of starting with 40 life. • Entering the format is almost impossible due to the high price tag of the reserved list cards. • Commander damage is very complicated to adjust and calculate.

• Legendary Creatures and Planeswalkers are allowed as Commanders. • Players start with 30 life each. • Commander damage is 12. • The minimum number of cards in the deck is 80, and there is no maximum. • There can be no duplicated cards, except for basic lands and cards that say otherwise. • Reserved list is banned in the format. These changes allowed for strategies that use planeswalkers as a focal point. The reduction in life totals made it more difficult for players to use life as a worry-free resource, and enabled strategies focused exclusively on combat and dealing damage, as it is now no longer necessary to deal 120 total damage to opponents, but 90. Commander damage has been reduced from 21 to 12, making strategies based on commander damage simpler and more effective, and number 12 is favorable and easier to calculate how many attacks your commander takes to kill opponents. The number of cards in the deck decreased from 100 to at least 80, maintaining the no repeat card rule, ignoring basic lands. To increase the consistency of the decks and lower their price, as decks can have twenty cards less at their minimum. With the banning of the reserved list cards, we have a huge drop in the final value of decks, since the cards contained in this list, mostly, had huge prices that served as an entry barrier for new players.

In addition to all that has already been said, Conquest has its own banned list that has all the cards on the reserved list, which you can check out here

. • All cards with the “conspiracy” type and anything involving draft. • Silver-bordered cards are banned in Conquest. • Cards deemed racially or culturally offensive by Wizards of the Coast

• Demonic Tutor • Dockside Extortionist • Drannith Magistrate • Erayo, Soratami Ascendant • Flash • Food Chain • Griselbrand • Imperial Seal • Isochron Scepter • Jeweled Lotus • Karakas • Limited Resources • Mana Crypt • Mana Drain • Mystic Remora • Mystical Tutor • Natural Order • Rhystic Study • Sol Ring • Tainted Pact • Tinker • Trade Secrets • Upheaval • Vampiric Tutor • Worldly Tutor Also, the 10 original fetchlands are also banned: • Arid Mesa • Bloodstained Mire • Flooded Strand • Marsh Flats • Misty Rainforest • Polluted Delta • Scalding Tarn • Verdant Catacombs • Windswept Heath • Wooded Foothills The cards contained in this list are here because they are somehow not beneficial to the format, as well as the best tutors are banned to balance the strength and consistency of the decks. Positive rocks are also banned, including Sol Ring which is banned both as an EDH symbol and as a positive rock, along with Carpet of Flowers, Channel and Dockside Extortionist to avoid scenarios where a player would have a huge advantage simply by starting with one of these cards. Also banned were the strongest cEDH wincons, such as Food Chain, Flash, Lion's Eye Diamond, Demonic Consultation, Isochron Scepter, and Tainted Pact, to make combos on decks more difficult and slower. Rhystic Study and Mystic Remora are banned for being strong blue card advantage engines, and they don't have a limit on how many cards you can draw. The Conquest committee also came back with a measure that had been abandoned by the Commander committee: the cards banned as commanders.

Lutri, the Spellchaser This decision was excellent for the game, as it allows these cards to still be used within the decks, but without giving the consistency of having these cards in the command zone. Haldan, Avid Arcanist was banned for Pako and Haldan being an aggro Voltron deck that doesn't depend on the deck, you could fill it with ramps and rituals to get the puppy down fast and start exiling cards, when you ran out of cards in your hand you used Haldan to cast what was exiled. As for Najeela, the Blade-Blossom, for being a mono-red commander to be cast, and the deck could be full of cards to stop and delay opponents while Najeela could win on her own. Kinnan, Bonder Prodigy was banned because it has very consistent combos, and it didn't lose the artifact tutors, so it could speed up the game itself and win faster than opponents could interact. Inalla, Archmage Ritualist was banned for having different combo lines that were abusive and complementing each other, she was able to initiate the combo, and even if an opponent interacted, she was able to proceed with another combo line.

Oko, Thief of Crowns was banned for being too good at stopping other commanders, and as the format depends more on the commander than cEDH, cards like that end up not being positive; Drannith Magistrate was also banned for interacting with commanders asymmetrically and being too easy to place on any deck with white. Leovold, Emissary of Trest

is Leovold and that's reason enough for his banning

he's a very consistent stax piece in the command zone, which while locking your opponents, gives you an advantage. Rograkh, Son of Rohgahh is a commander that basically only costs colorless mana, and in a format with cards that can be cast without paying mana when controlling a commander, along with rituals and tutors that rely on creature sacrifice, makes our little friend very abusive. Thrasios, Triton Hero and Tymna the Weaver dominated and still dominate the cEDH, most decks use or have used one of them as commanders, both are strong and can easily give a lot of card advantage, so both are banned. Last but not least, we have Yuriko, the Tiger's Shadow, which was a forceful deck at all times in the game, and which was almost impossible to be stopped, since she will always be played for two mana and guaranteed a lot of card advantage while dealing damage to all opponent simultaneously.

As I've said before, one of the goals of creating this format is to have a more accessible game scenario with more than two players, and banning the reserved list plus reducing the number of cards in the deck makes the format much cheaper than even some Modern or Legacy decks, and it's much easier to build for those who don't have a Commander, Legacy or Vintage base. Also, the most expensive decks are not necessarily the best in the format. Conquest is still a new format and its metagame still has a lot of room to develop. Due to the proximity of the committee with the community, it is simple and easy to get in touch with them: to write this article, I contacted Shapersavant, one of the founders of the format, to clear up some doubts. They have a group on Discord where you can log in to find other people to play and find out about the format's news, such as tournaments, bans and so on. Basically, every strategy is viable in this format, from voltron to decks with planeswalkers as commanders, from aggro to combos, the diversity of this format is something that isn't seen in cEDH The dreaded Paradox Engine is legal in the format, and it doesn't negatively affect it, there are few lists that use it and none as relevant as a Jeska & Kraum. Without fetchlands or old duals, having a strong mana base to build 4 or 5 color decks is much more complicated, and this prevents you from not having a penalty for playing without any color restrictions. I'll leave some useful links for those interested in the format. Hope to meet you at some table out there! - Rules & Banlist 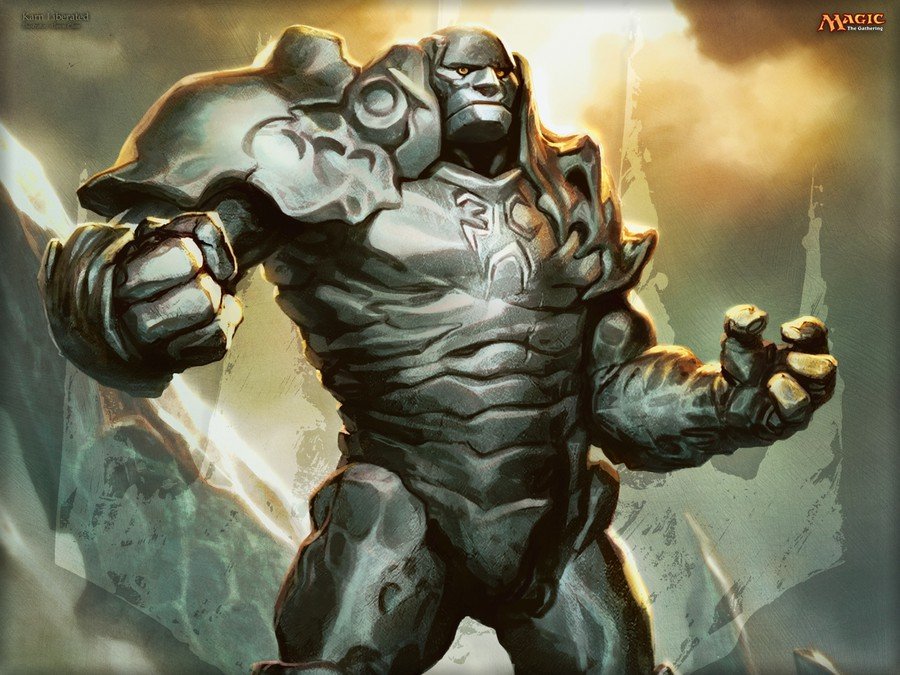 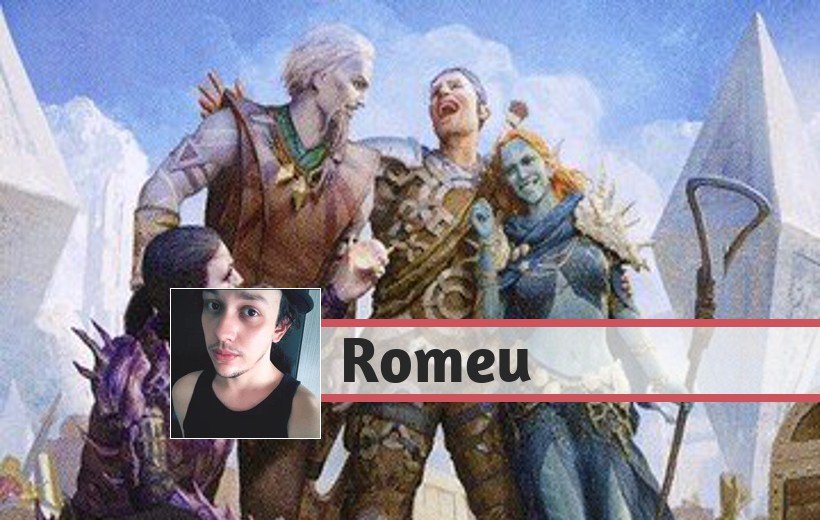