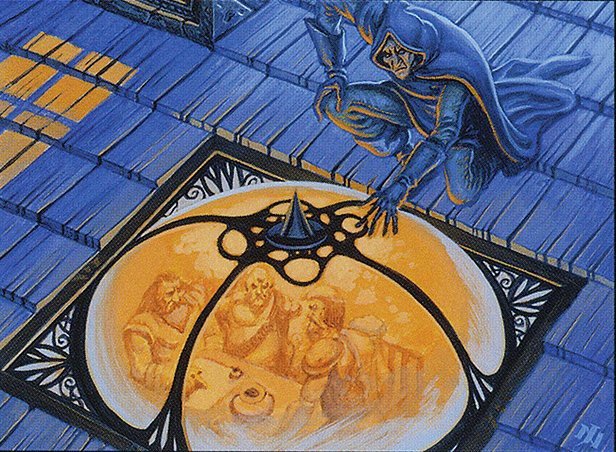 Edit Article
Hello, my dears! How are you doing? My name is Fogaça and I'm here to talk about Commander. After a break, we are back with our series about cEDH. My initial idea was to discuss combos and victory conditions which guide the game on tables with elevated power level, in order to introduce you to the history of each one of these and the reason why they are being played or not in the current field, but, while the series continued, my idea was transformed by the growing of archetypes which aren't directly realted to a win condition, but instead to the way decks are used to generate value and evolve their game. Considering this, I'll dedicate the last three chapters of this analysis (yes, we'll have only three more articles on this series) to briefly comment about the tendencies in the current cEDH scenario, in order to discuss the effects of Curiosity, present on Curiosity Control decks.

I'll start by saying that in this article I won't comment on combos related to a Niv-Mizzet and a Curiosity effect - Our idea will be to discuss about this type of effect to generate value, on the opposite way of our favorite Parun, which ends up initiating a loop. My point here is when a Commander works with a damage engine related to an specific effect, in order to allow for the association of effects like Curiosity to obtain more draws and to find answers to the game, cards to push ourselves ahead on the match or even our victory conditions. Strictly speaking, I can say that the advantage of using mechanics associated with commanders in order to generate card advantage without directly connecting it to our win conditions is to put the opponents in an uncomfortable situation, to the point in which there is doubt about the worth of removing the general from the table, as the effect grows slowly, until it is converted into something relevant.

In order for our engine to work as intended, we'll need a commander which guarantees non-combat damage, as in a passive way and with a triggered ability. I've separated two popular builds on the current metagame, which I'll use to explain both nuances of this type of archetype.

Initially, we'll go with a very dear build on the format, which manages to unify almost every value experiences we have available. With the four colors we have access to, we may build our list around combos like the ones we have already mentioned in past articles, like with Demonic Consultation and Underworld Breach, allowing for a Midrange/Control posture with the best removals, answers and tutors, managing this way to make use of the combination of Vial Smasher the Fierce and an effect like the ones we are discussing today to find answers without spending bullets beyond our standard shots (counters, draws, removals, etc.). In the end, we can trace a parallel between this constant card advantage through a slow bomb mechanic with the draws promoted by Tymna the Weaver in relation with the Hatebears strategy.

As another build option for those who like to slowly increase the generated value of their plays, we have our precious ShaBrallin pair. The Jeskai color pie promoted by the combination of these commanders doesn't allow for the access to tutor effects or the removal spells from black, neither to the ramp promoted by green, directing us to a more proactive build if compared to the disruption on the previous example. The idea here is to make use of the damage caused by Brallin not only to promote a Niv-Mizzet like loop, but also to transform our Rider in an important draw piece for our build, not limiting us only to the primary combo with the General and, thus, allowing the addition of lines of Underworld Breach, as well as other possible combos to promote the efficiency of the build.

Once again, I've reunited our two sections in order to assist comprehension. For today, I'll show a list of cards which give to the enchanted/paired creature the ability of allowing card draws when it causes damage to one or more opponents (these cards may, thus, be united with a Commander which promotes good interaction).

Once more, our article became less profound than I would like, but, this isn't necessarily a bad thing; my idea was just to present the proposition of interaction, in order to show its main uses. It's possible, thus, to conclude that we shouldn't necessary focus on the great interactions and massive draw engines to generate value - if your deck has a more reactive playstyle, an strategy which can punish the opponents while providing constant draws may serve your cause very efficiently. We'll finish here for today. I ask you to leave your feedback so we can always improve. The series has the objective of discussing just a single part of a complete sphere in a format of extreme diversity. I invite you to subscribe to my YouTube Channel, where I discuss more Commander, not only in a competitive view, but also in other varieties, as well as other formats. Until the next one, my dears!