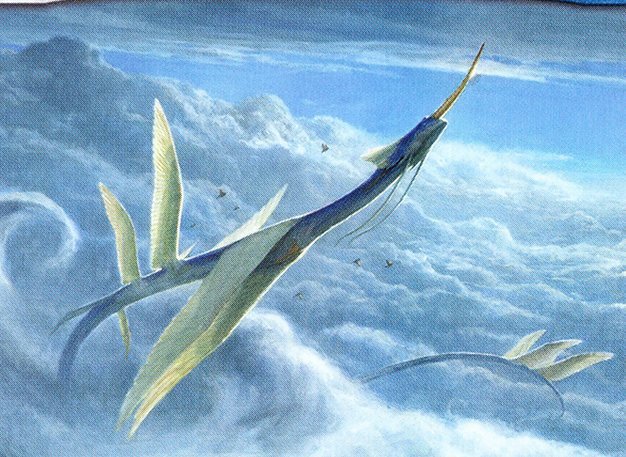 We're back with one more weekly metagame analysis of Challenge top 8s!

This weekend, on Saturday, we had a Challenge and the top 8 was: 2 Gruul Landfall 2 Dimir Rogues 1 Mono Green Food/Ramp 1 Mono Red Aggro 1 Esper Yorion Doom 1 Dimir Control One more week with a meta full of Gruul Aggros, putting 2 copies on top 8 and ten more on top 32. This deck had a final match against a Mono-Green Aggro, another deck that is showing itself very present on the meta, highlightning both as the best decks on the format accordint to the players.

Link to the full coverage: https://mtg.cardsrealm.com/tournament/oficial/1466/standard-challenge/

This weekend, on Sunday, the Standard Challenge and the top 8 meta was composed of: 2 Gruul Landfall 1 Dimir Control Yorion 1 Dimir Control 1 Temur Ramp 1 Mono Green Food/ramp 1 Esper Yorion 1 Dimir Rogues If Saturday we had the dominance of Aggros, Sunday we had a predominance of controls / ramp decks. The better one was Dimir control using Yorion, Sky Nomad, a full control deck with several counters and removals. Secondly, we had a Temur Ramp showing that this archetype has not yet become obsolete.

This Saturday, on Pioneer Challenge, the top 8 meta was composed by: 2 Mono Green Devotion 2 Sultai Reclamation 1 Lotus Combo 1 Lukka Fires 1 Landless Combo 1 Esper Yorion This week we had again the presence of the Mono Green Ramp, showing that the unban of Oath of Nissa was essential for the return of the deck to the top. It's good positioning in the meta is thanks to Karn, The Great Creator that brings the versatility that the deck needs in each match, so much so that the deck did good on this championship, even reaching finals against a Lotus Combo.

This Sunday, on Pioneer Challenge, the top8 meta was composed by: 2 Landless Combo 2 Four Color Omnath 2 Boros Burn 1 Mono Black Aggro 1 Five colors Niv-Mizzet In Sunday's Challenge, the Landless Combo deck was the winner. It is getting more and more space in the format and has consolidated lists using 79 to 80 cards reducing the chance of buying unwanted cards such as: Prized Amalgam, Silversmote Ghoul and Crippling Chill, that are more desired in the cemetery. Second, we had a four colors Omnath, Locus of Creation showing that the famous and controversial elemental found his home in the Pioneer without being an oppressive deck in the format.

This Saturday we had the Modern Challenge, and the top 8 meta was composed by: 1 Heliod Balista Combo 1 Rakdos DS 1 Bant Uro 2 Titan call 1 UG Merfolk 1 Landless combo 1 humanos Titan Call is a well positioned deck in the format with two copies present in the top 8 and winning the finals against a Bant Uro. The highlight here was for UG Merfolk, which came in 6th place using the base lords strategy and locking the opponent with Chalice of the Void and Force of Negation. Another highlight is the deck that occupied the 9th place: Elementals, deck that abuses the skill of Thunderkin Awakener returning elementals from the graveyard, especially the Lightning Skelemental.

This Sunday we have the Modern Challenge and the top 8 meta as composed by: 1 Mardu Pyromancer 1 Titan Call 1 Rakdos DS 1 Four Color Uro/Omnath 1 Mono White Equipments 1 Azorius Death and Taxes 1 Landless Charbelcher 1 Grixis DS Sunday again we had 8 different archetypes in the top 8. The highlight is the most unusual deck in the top 8, which won at the end: the Mono White Equipment that uses several low cost equipment and takes advantage of the

skill from Puresteel Paladin to equip them for free including Colossus Hammer to give +10/+10 paying only 1 mana and doing well against the four colors Uro deck that has been getting more and more famous in the format too . Another highlight is the Landless Belcher that was in 4th, this combo is different from the combo that got top 8 on Saturday. This one only needs to reach 7 mana, cast a Goblin Charbelcher and activate it revealing his entire deck. In this analysis of Saturday and Sunday we can see that Modern is still open to new deck ideas even though traditional decks still work.

This Saturday we had the Legacy Challenge with a top 8 composed by: 1 Temur Oko/Delver 3 Five Colors Snow Oko 1 Sultai Snow Oko 1 Death and Taxes 1 Hoggak combo 1 UW Urza This Saturday we had, as expected, a large presence of decks with Oko, Thief of Crowns, Arcum's astrolabe and Uro, Titan of Nature's Wrath, but in the midst of it all who got the champion position was the famous Death & Taxes with its disruptive strategy. Highlights to the UW Urza that appeared with the combo Auriok Salvagers + Lion's Eye Diamond, to generate infinite mana.

This Sunda we had the Legacy Challenge with a top 8 composed by: 2 Temur Oko/Delver 1 Golgari Depths 1 Azorius Urza 1 Doomsday Combo 1 Eldrazi Stompy 1 Five Colors Snow Oko 1 Death and Taxes Yorion On Sunday the champion was a classic Legacy deck: Golgari Depths. It was using two interesting cards: 2 copies of Stifle and 3 of Not of This World to better protect it's Dark Depths. On second, we had an Oko Delver Temur, that is always present in the Challenges. Highlights here for the 8th place, a Death and Taxes using Yorion, Sky Nomad as a companion. Despite the great dominance of decks using Oko, Thief of Crowns the legacy meta is adapting well to it with several innovative lists with expressive results.

This Saturday we had the Pauper Challenge, with a top 8 composed by: 2 Fog Tron 1 Skred 1 Bogles 2 Mardu Monarch 1 Boros Bully 1 Slivers First challenge after Commander Legends and we didn't see a big change in the meta, just a few copies of Fiery Cannonade and Fall from Favor. The champion was a Bogles with a traditional list without adding new cards in a final against Mardu Monarch, which has been using more Spare Supplies and less Golden Egg. Tron also remained at the top even without using any of the new cards. Note that in the top 32 we had the dominant presence of Bogles (5 copies) and Skred (5 copies).

This Sunday we had the Pauper Challenge, with a top 8 composed by: 3 Fog Tron 3 Boros Bully 1 Dimir Faeries 1 Stompy On Sunday we had 3 Boros Bully and 1 Stompy in the top 8. Traditional decks and no cards from the new collection. Even the Trons that are always on top are using only one or no copy of Fiery Cannonade. Overall, there was still no major impact of the Commander Legends cards on the meta with the exception of Fall from favor which will be staple on Ux decks. In this jungle, the champion was a traditional Tron, in a finals against a Dimir Faeries. 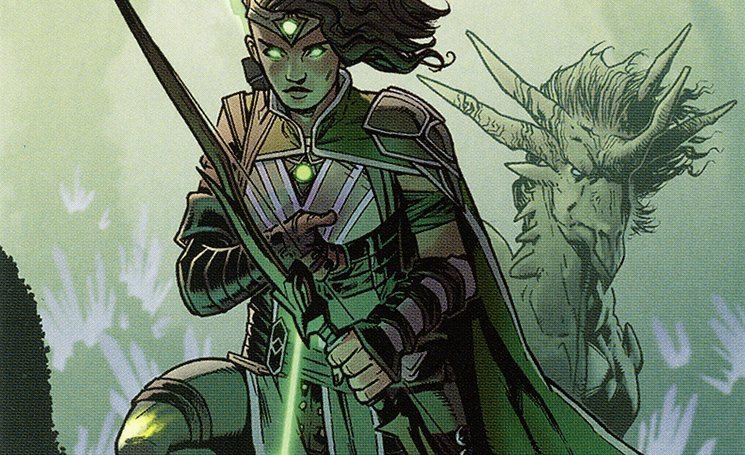 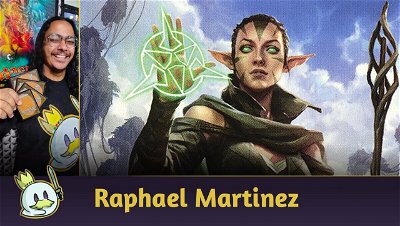 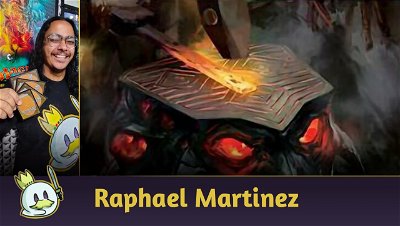 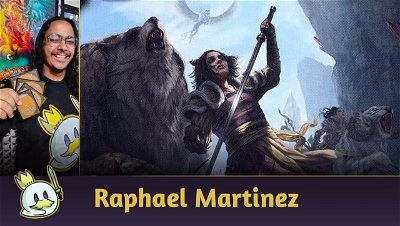 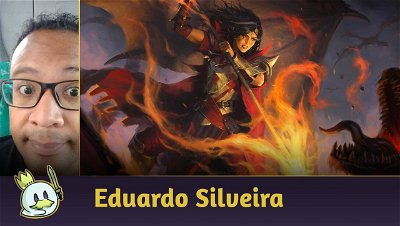 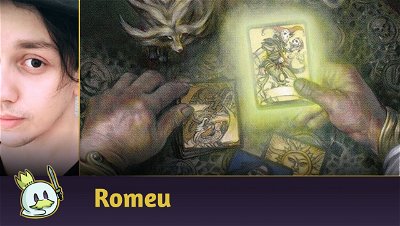