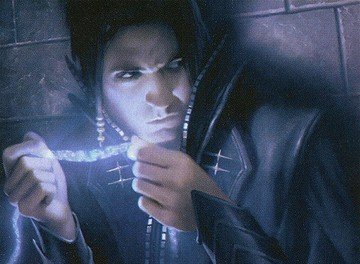 We've reached a point where everything explained in the previous articles will converge into a single deck: today is the long-awaited day to talk about Wheels & Thieves

Hello my friends! How are you? My name is Fogaça and I'm here to talk about Commander. Up to now, we have been commenting on small pieces of a whole called The cEDH Format. We started with

to show the format's speed, going through

to say that only a card is not enough, it also has to generate value (which was reiterated in the speech about

), and finally we hit the Hatebears to get a sense of the importance of creatures and board presence during the game. Now, we have reached a point where everything explained in the previous articles will converge on a single deck: today is the long-awaited day to talk about Wheels & Thieves.

When we talked about the Hatebears, I used this session to explain the general concept and function of the cards so named, which will be repeated in this article. The idea of ​​a card characterized as a thief comes from

, which was part of the cEDH scene for a long time, generating value by locking the opponent. Recently, the format has undergone radical change. First with the launch of collections with a high power level and the printing of important pieces for the current builds (see War of the Spark and Modern Horizons), and then with the ban of

leading to the death of the Flash / Hulk decks. All this culminated in a point where the gameplay leads the player to aim for the highest value in a short time. These fact might have motivated a player to, on a tedious day looking at our dear thief alone in the middle of a bulk of cards, improve what we already saw on the

decks, but this time, as efficiently as possible. With the concept in hand, it was all a matter of playing the Professor Utonium and using the companion commanders along with the

package and some drops of the Element X to bring the renowned Opus Thief to life.

After popping-up on the metagame, the four-color deck headed by

started to gain more relevance, mainly by competing with Flash / Hulk builds like Tymna & Thrasios (which were already presented as tier 0). Its strategy was to use ordinary cards in constructions optimized as wheel effects combined with stax related to opponents' draws to break the symmetry of the table. More and more, the archetype got popular among the players and was seen more, being better used and having the spotlight in a format that is now

Initially, the Opus Thief build was exclusive to Tymna & Kraum, but over time the archetype became a way to assemble the deck, being able to integrate almost any list of three or more colors. So I decided to dedicate this session to show builds that have a different development for the same principle. With that in mind, I would like you to consider

and so many others who adapt the idea of ​​4C T&K following the same construction idea, but with different generals.

The all stars of Opus Thief are

. Together with Tymna, they guarantee extra draws, and, in addition, they also work very well at instant speed, and can be fitted in response to a spell or ability that an opponent controls. Next to them, we have

, cards from the same block and that, once they arrived, dominated the format. On the wheel side, we have the classics

, which started to come together with

to guarantee redundancy, but, in the end , the biggest innovation in this sense was the addition of

, promoting a great asymmetry when combined with a thief effect. To finish the game we have the

pack together with the

combo which is viable since we have acess to white.

This build works like the classic Zur Control, but, unlike the standard idea,

can be used as a thief effect. Here,

. Its win condition is the same as in the deck above, derived from

The dynamic duo from C20 comes to add to our archetype. With a build that takes advantage of the Jeskai colors, we have the wheels as a subtopic of this deck that simulates the classic Curious Control and takes high value from cards like

, even without having access to black and, consequently, to

As I said before, what was initially an archetype became a way to build your deck. Any strategy with a color pie compatible with the concept of thieves can take advantage of this type of synergy, even more nowadays with massive draw effects present in all builds of the metagame.

Again, I will use this session to leave a list of cards that can help anyone who wants to build their deck with the thieves subtheme. Not all of them are viable for the cEDH , but they can cause an impact on a battlefield of a slightly lower power level.

I believe to have presented today an example of innovation. I have heard a lot that the cEDH is consolidated and that nothing new can come up, but I am always seeing strategies that have come up with more value than the previous ones. I will keeping insist on motivating you to always try to innovate. Of course, in certain situations, the performance limit has already been reached, but that is not a rule, and knowing that the format is based on value we can try to find something that takes us a step further. That's it for today. I ask you to leave your feedback so that we can always improve. The series aims to address only part of an entire sphere that covers an extremely diverse format, so I invite you to subscribe to my channel on YouTube, where I talk about Commander, not only competitive, but also in other varieties, as well as about other formats. Until next time, my friends!
Next article in this serie