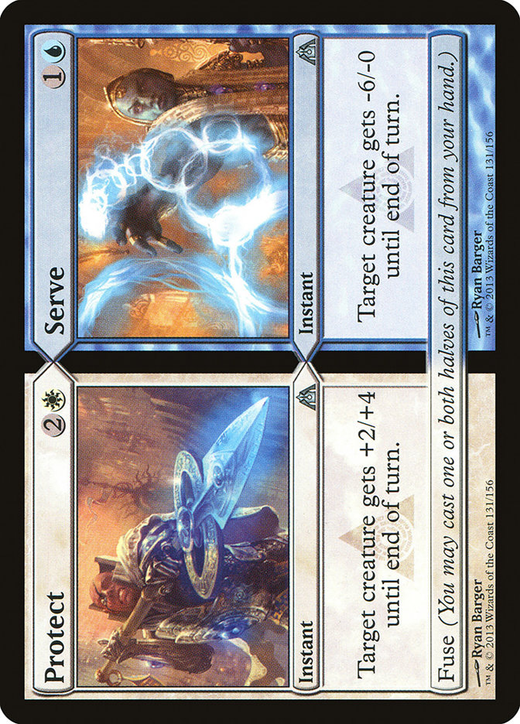 Art minified Art full
Full image Price history
You can choose the same object as the target of each half of a fused split spell, if appropriate.
When a fused split spell resolves, follow the instructions of the left half first, then the instructions on the right half.
Some split cards with fuse have two monocolor halves of different colors. If such a card is cast as a fused split spell, the resulting spell is multicolored. If only one half is cast, the spell is the color of that half. While not on the stack, such a card is multicolored.
If you’re casting a split card with fuse from any zone other than your hand, you can’t cast both halves. You’ll only be able to cast one half or the other.
If a player names a card, the player may name either half of a split card, but not both. A split card has the chosen name if one of its two names matches the chosen name.