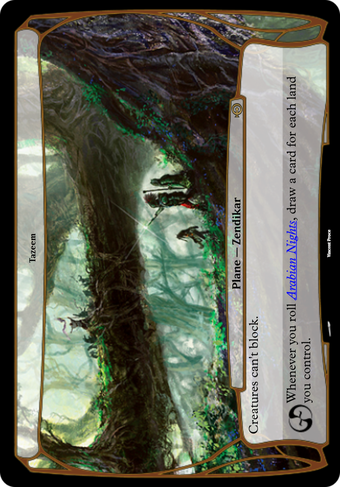 Creatures can't block. Whenever you roll {CHAOS}, draw a card for each land you control.