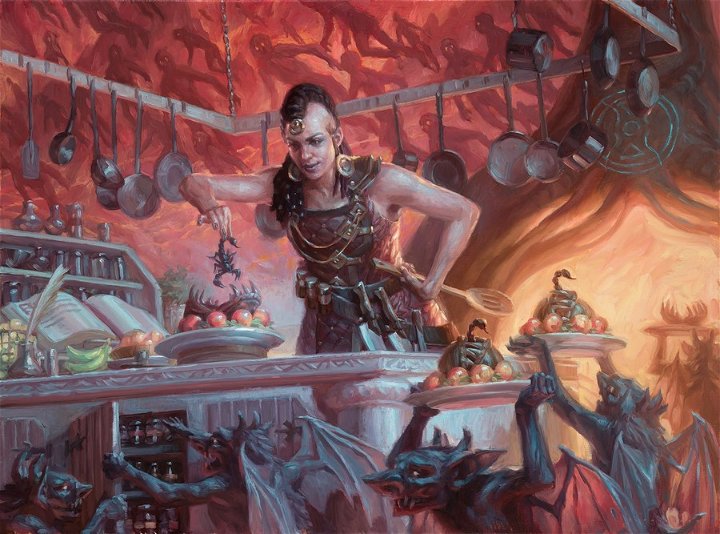 Modern: Jund Food and the importance of Meta Call

A closer look at Jund Food, which appeared making results in recent weeks and an important lesson about Metacall.

By Gabriel, 08/21/21, translated by Humberto, with help from our readers

Hello everyone! A few weeks ago, an interesting deck appeared on Modern's competitive landscape, making a Top 8 in the Modern Challenge, putting to the test an essential point for those who want to face a more competitive scenario:

After a week playing the deck, I decided to use it as an example to talk about this topic.

Cutting to the chase, this deck is an anti-Ragavan (Ragavan, Nimble Pilferer) list. In addition to having quick responses (Lightning Bolt) and cards that take advantage of the situation, such as Wreen & Six, the deck has a variety of interactions that only generate value with a sequence of cards, which makes the connections the monkey makes extract less value.

For example, the key interaction between the almost unspeakable Asmoranomardicadaistinaculdacar and her book, The Underworld Cookbook, where on the one hand, if the cook is revealed by the Ragavan's ability, the opponent will hardly be able to cast her, and in the other case, the Cookbook is far less interesting without its interactions with Asmor and also with Ovalchase Daredevil.

We also have another core: Urza's Saga, which cannot be discarded (or countered) and will conventionally bring huge value, with two relevant creatures and one of the deck's most important artifacts on the field... Really, this deck is very well-thought-out for this environment and will play very well in any value war against diverse adversaries that use interaction as their main force, such as Izzet Tempo, Rakdos Lurrus and Jund Lurrus.

With all these features combined with cards that alone generate an absurd value like our dear Ragavan, Nimble Pilferer (yes, we also use the monkey here), the deck shows a huge advantage against several of the strongest decks in the metagame, therefore, most of the benefits of this deck are given to Metacall.

Metacall is basically a reflection of the metagame, which makes it possible for cards, mechanics and even entire decks to become viable because they are a good response to certain relevant decks in the metagame, so the stability of these devices is connected to the use of these decks. The perfect example we can offer is the deck we're talking about! As I said above, Jund Food handles pretty well against almost all interaction-based decks, in tests I did throughout the week playing Modern Leagues on Magic Online, all decks whose core was Ragavan, Nimble Pilferer, Dragon's Rage Channeler and Murktide Regent were engulfed by the surge of value provided by our food tokens. In addition, the deck did well against other options that are in the current Tier 1, such as Five-Colors Elementals, which even providing a long match with dispute of resources, our Food won in terms of interactions, with our various removals that dealt with the key creatures of the opposing deck (often losing almost nothing, as in the case of the Wrenn and Six's ability being used to remove a Risen Reef). The impression one gets (and rightly so) is that the 75 cards in the library were designed to combat these most present decks.

It turns out that not only Ragavans and Elementals live in the meta, and against some other archetypes, our kitchen does not have so many relevant dishes. To use this combination of pure value with food, the deck forgoes discards and other possible disruptions that versions like Jund Lurrus would use, which makes our deck very difficult against combos and interacting with decks that have more impact than value, like Amulet Titan, Temur Cascade and Tron, which recently made their appearance in the metagame, with prominent results in hyperlink (The next day's challenge). Also, the Food variations are decks that have a huge target in games two and three because they use common and present resources in the meta, such as artifacts and graveyard, opponents always have answers for our deck post-sideboard, so, in addition to having to worry about the opponent's game and add answers on your sideboard, it is necessary to reserve space for removals for the opponent's sideboard, which is much worse when you think that it is a deck based on interactions between several cards that need to be on your maindeck to work, making a series of very difficult decisions.

"But if the deck has these flaws, how did it get a relevant result?" Probably Keraan was fully aware of all these disadvantages against other archetypes and still bet on the clear advantage it had against interactive decks. This decision is very accurate in more "centered" championships such as the Challenges and other competitive events, as the chance of facing a streak with the decks that are at the top of the format is greater. For more conventional competitions like Magic Online leagues, the chances of you facing a more comprehensive number of decks is much more relevant, even in the tests there were times when I simply didn't find any Izzet Tempo or Rakdos Lurrus. Knowing this and making a conscious decision is essential for the player. It's not impossible to create something based on a broader environment, but it's much more laborious and less effective, especially in a format as expansive as Modern, even the sideboard work is something that needs to be more generic, but still, new decks appear in all leagues and analyzing them to find out how they did result is a great study for deckbuilding.

New Dishes for the deck!

We're still talking about Jund Food, aren't we? And even with the realization that the deck loses strength when it comes to a broader metagame, of course there are other paths and alternatives it can follow. Starting with the most obvious, the Cauldron Familiar and Witch's Oven are a great choice if you want to do even better in more grindy matchups. The combination of both cards is a control deck destroyer, making you the "spoon killer" with the life drained by the cat turn after turn, and what's more, with the cat serving as an immortal wall for creatures that don't fly or trample you lower your opponent's clock a lot, which can give you time to turn a game around by accumulating resources.

Another important pack to consider is a small dose of Delirium, largely due to the fact that the deck can easily enable it by using a balance between almost all card types. As such, Dragon's Rage Channeler can become a crucial beater, mainly by creating a clock in the air. We also have Traverse the Ulvenwald, which, even though it does not have the same interaction as Finale of Devastation+Asmoranomardicadaistinaculdacar, brings versatility both in mana and in pulling enablers to the hand, which is important for Daredevil.

Yes, none of these suggestions deal perfectly with the problems mentioned in the previous paragraphs, but it's really hard to think of an alternative to them without changing the deck's structure, so sometimes the best posture is to rely more on your sideboard and try to work around a difficult match. Creating decks is not a crime. We all know it's possible to get results without having the most used deck in the format. But this choice needs to be made carefully and especially aware of what you intend to do with this deck, the reasons for choosing this choice and not any other... But, above all, awareness of where you are and what environment you are likely to go against. This decision is vital for any player looking to play into the competitive scenario, both using more famous decks and mainly for trying to make something work by meta-calling the event. And with this advice, I finish this article and I hope you enjoyed the read! 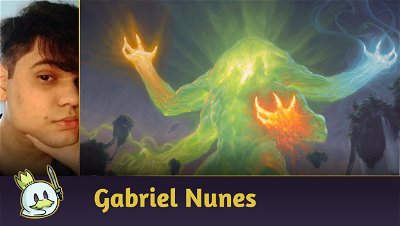 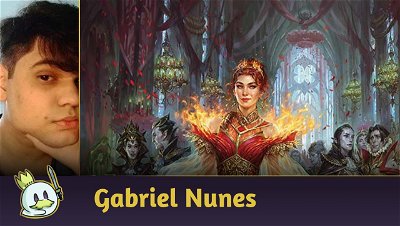 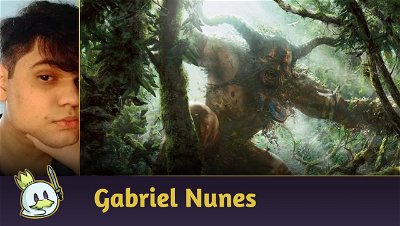 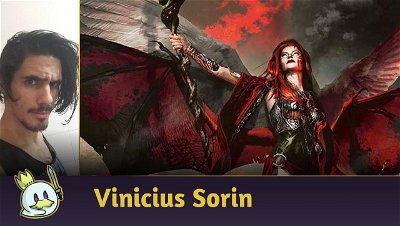 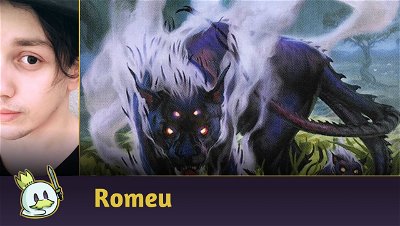 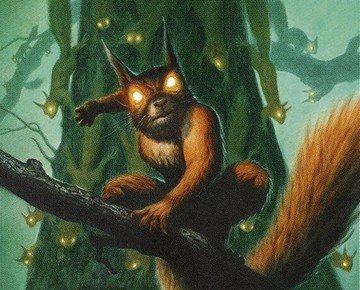