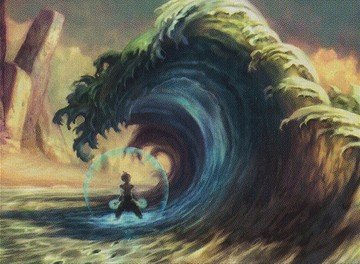 We will start to discuss about archetypes that have the main goal to use multiple turn to achieve a win condition that would be, otherwise, too slow. I will start today with the classic Taking Turns.

Hello my friends! How are you? My name is Fogaça and I'm here to talk about Commander. Last few weeks, we had a conversation about the different styles of play present in the cEDH. We approached the main win conditions and discussed some build options and the gameplay modes that most favor them. This week, we will start the second part of our approach, where we will deal with the less popular but still present archetypes in the format. Let's begin with the classic Taking Turns.

As in Modern, the concept of Taking Turns comes from the cards that allow us to play extra turns. Our idea is to achieve, through multiple moves, a victory condition which would be slower than normal. Usually, multi-turn decks require multiple spells with the "take an extra turn" effect and a way to find them, such as a massive draw source or an effect to use the cards directly from the library.

As stated earlier, Taking Turn decks are common to aid slower strategies, changing the notion of symmetry during the game. For that, we will need a commander to assist the strategy either by allowing us to dig extra turn spells from the deck or imposing a win condition which is aided by the multiple turns.

When we talk about Taking Turns, the most classic deck of the archetype is, without a doubt,

. Even though currently she is not played that much, for a long time the general from Tarkir integrated the hall of the most played on the format. With her as your commander, the strategy involves high CMC cards, such as

Approach of the Second Sun

, making her effect of casting spells for free very useful. The extra turns here come in to allow for new Narset attacks, leading to new exiles and a new chance to find what we are looking for.

We can say that this general represents the evolution of Narset and an adaptation to the speed of the format. While our monk enjoys high cost magic, here, we will choose to use low cost creatures in order to synergize with Edric's effect and allow enough draws to find extra turn effects. Anyone who has read the previous articles knows that the idea of having small creatures on the battlefield suits Hatebears very well, even if the color pie is not the best for that. So, the solution here is to use creatures like

to fill those gaps.

When we see this pair, we know that Tymna enables a good draw engine for Hatebears, making it possible to find our new turns. But what is Ludevic's role? Our alchemist sees little play in the cEDH because he has an effect geared towards Group Hug. However, in this build, he will favor us unevenly, thanks to the fact that, when we play more turns than our opponents, we will have more Ludevic triggers than they do.

As you have seen, most of the effects involving extra turns are consistent with the idea of exploring the new combat phases. Playing a new turn does not always mean that you have to explore the extra attacks, since new turns also provide new draws and new untap phases. Also, there are cases where we get new combat phases without extra turns. This will be discussed in my next article.

In the history of Magic, we had several cards that allow us to play an extra turn, each with a specific mechanic. These are usually associated with the fact that a lore character travels in time, thus representing a temporal change or a time-rift left by their journey. Among all the cards, however, there are two that should be highlighted for their unique effect:

. These corroborate the idea of playing infinite turns, thanks to the fact that they go back to the library after use.

Unfortunately, the type of magic used here is powerful enough to have a higher price than it should; extra-turn magic ends up unbalancing the game curve, causing its monetary value to be high. With that in mind, I suggest using extra combat stages for those who want an alternative, but that is a topic for our next article.

We have already seen many ways to break the symmetry of the game, from tap and untap effects to hate-cards against specific strategies. But, without a doubt, taking extra turns is one of the most efficient and universal one. I see many players ignoring the option of playing a Taking Turns simply because this is a less popular strategy compared to others, but even if it requires a different playing style and different decision making, we can conclude that it is as valid as any other. That's it for today. I ask you to leave your feedback so that we can always improve. The series aims to address only part of an entire sphere that covers an extremely diverse format, so I invite you to subscribe to my channel on YouTube, where I talk about Commander, not only competitive, but also in other varieties, as well as about other formats. Until next time, my friends!
Next article in this serie