If you like tons of tokens on the board, you're on the right place.

Hi everybody, For me the best part of this new Pioneer sensation is the wide range of possibilities to try while the format is still open. And here I bring a different approach from what I’ve seen of midrange decks so far. I remember that on the first week of pioneer on my LGS, I’ve seen everybody saying that “if you’re playing midrange, you are playing green/blue and 4 Okos” and that kinda pissed me off. Later that day I was already thinking about possibilities for a midrange sheel without blue or green, just to show that I’m no loko for not playing Okos hahaha. Looking at the submitted deck on CardsRealm, I found this unfinished list and loved the idea. [deck](17295) Mardu Pyromancer was always a strategy that I liked in Modern, and the fact that after such a long time I would use some of my “BW Tokens” cards only made me more excited for this brew. After looking for what cards I had at home and/or wasn’t expensive at my LGS, I came up with this deck list, which was the one I used on the 2nd week of pioneer: [deck](17814) You can see one of the matches I had (and a lot of misplays I made hahahaha) in the video below. This match ended up in a draw, with my opponent holding at 1 life in the end. [youtube](https://www.youtube.com/watch?v=KW9u8NlnsVA&feature=emb_title) [card](Blessed Alliance) impressed me. The card was way better than I expected, helping me as a removal+4 life against aggro decks and also as a untap two +1/+0 lifelink tokens to protect Sorin and gain even more life. On the other hand, [card](Magma Jet) and [card](Crackling Doom) were not that good. 2 mana for 2 damage is not what you want to do on Pioneer, and without green the mana fixing is hard for a 3 color card. I ended up in the first place that day with a (3-0-1) result!! Played against Monogreen Stompy, Jund Soulflayer and two Sultai Midranges. Like in Modern, the traditional midrange decks have problems to deal with token generation. But against unfair decks like [card](Soulflayer), the opposite happens, and I only won because of lucky topdecks and some misplays from my oponent (video of this match below). I was happy to see that my deck could withstand such an aggressive match like against Stompy. [youtube](https://www.youtube.com/watch?v=HXw50LVpsb4) Well, with the experience I got with this tournament and with no more [card](Saheeli Rai)+[card](Felidar Guardian) combo on the format, I updated the list: [deck](19533) As you can see, no more [card](Rakdos Charm) to play against Copycats. Since the field in my LGS is very aggressive, I decided to try 1 [card](Sweltering Suns), 1 [card](Collective Brutality) and 1 [card](Kaya, Orzhov Usurper) on the main deck. Again, I had problems dealing with unfair decks. Playing against Izzet Phoenix, all the sideboard came during the match, but it wasn’t enough. The other matches were ok. [card](Sorin, Solemn Visitor) saved me twice against Izzet Ensouls. [card](Sweltering Suns) ended with the Monored Prowess in both matches, and the token generation + [card](Ashiok, Dream Render) was too much for the Golgari [card](Seasons Past) to deal. For next week, I adapted my deck to have a better match against those unfair decks. I will try to use [card](Declaration in Stone) to deal with the [card](Arclight Phoenix) deck and also I’m curious to see if [card](Chandra, Acolyte of Flame) will be worth the spot in the maindeck. Here is the List I will try: [deck](19766) Hope you liked this. Feel free to post any questions and/or advices. I’m having lots of fun updating this deck and I will insist on that for the time being in Pioneer. =) 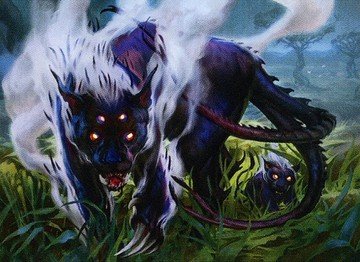 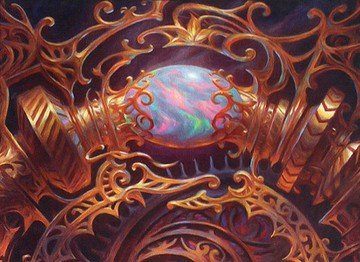