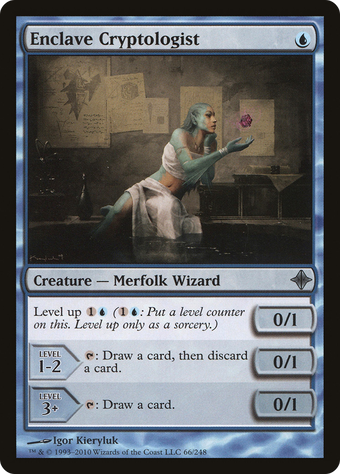 Modern
Legacy
Vintage
Commander
Duel
Art minified Art full
Full image
The abilities a leveler grants to itself don’t overwrite any other abilities it may have. In particular, they don’t overwrite the creature’s level up ability; it always has that.
Effects that modify a leveler’s power or toughness, such as the effects of Giant Growth or Glorious Anthem, will apply to it no matter when they started to take effect. The same is true for counters that change the creature’s power or toughness (such as +1/+1 counters) and effects that switch its power and toughness.
A creature’s level is based on how many level counters it has on it, not how many times its level up ability has been activated or has resolved. If a leveler gets level counters due to some other effect (such as Clockspinning) or loses level counters for some reason (such as Vampire Hexmage), its level is changed accordingly.