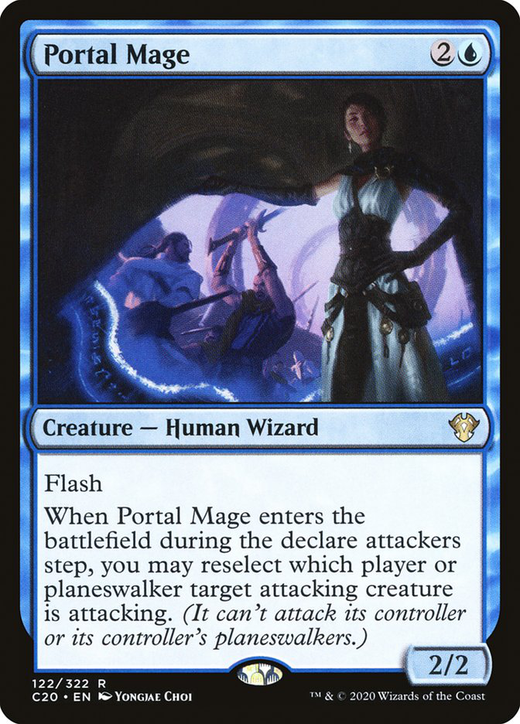 Flash When Portal Mage enters the battlefield during the declare attackers step, you may reselect which player or planeswalker target attacking creature is attacking. (It can't attack its controller or its controller's planeswalkers.)

Art minified Art full
Full image Price history
You may cast Portal Mage outside of a declare attackers step. If Portal Mage enters the battlefield outside of a declare attackers step, its ability simply doesn’t trigger.
Reselecting which player or planeswalker a creature is attacking doesn’t cause “whenever this creature attacks” abilities to trigger. Notably, the Curses in this set (such as Curse of Vitality) won’t trigger while Portal Mage’s ability is resolving.
If an ability targets something controlled by the “defending player” of an attacking creature and the defending player for that creature changes before that ability resolves, the ability won’t resolve because its target has become illegal.