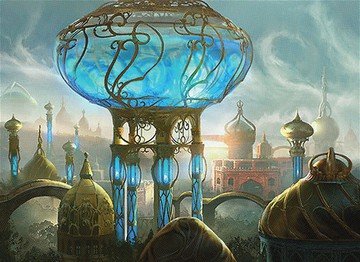 Hello my friends! How are you? My name is Fogaça and I'm here to talk about Commander. Last week, our series headed for a combination of two articles, with today's one closing this cycle. The idea was to address how

managed to enter the cEDH's meta and practically replace the old variations of Aetherflux Storm. Thinking about it, today I've come to defend that the archetype based on

has not died yet.

As in the Breach's case, our Reservoir is not only associated with a combo, but represents a complete archetype where its value can be extracted with greater consistency. His presence as a finisher in storm builds of the general's format marks the efficiency of geometric scale effects compared to arithmetic scale (since shooting down three opponents with a

is an arduous task), however, as we have seen,

has corrected this problem, making us wonder why we use

, since a two-mana spell generates much more individual value.

We will develop this argument by parts. There is no doubt that the value generated by

is greater than the one from

, but it does not mean that one archetype is necessarily superior to the other. What I mean is that reusing the graveyard promotes a certain redundancy when using instants and sorceries. But if our storm is not derived from a spellslinger build, we face a different situation that might justify the Reservoir archetype instead of the Breach one.

To exemplify what I mean, nothing better than dealing with some commanders who benefit from the presence of

. Doing so, we can differentiate the game plan from each of the two archetypes. Starting with

, I will propose three situations where, in my opinion, Aetherflux Storm stands out if compared to Underworld Storm. For our dear enchantment tutor who lives in our command zone, we have a build called Shimmer Zur, where we use the general to search for

and convert our whole life into draws, in order to have as many cards as possible in our hand. As soon as the enchantment effect allows us to put our almost 40 cards in hand (during the end step), we will take advantage of effects brought by cards like

to cast our spells before our turn ends. After that, the idea is to use a cost reducer (like

for zero cost, making room for the

itself. At that point, the plan is to throw as many mana stones in a row as possible, generating a large amount of storm, and when they run out, we can restart the process with effects like

until we reach 151 life points. An interesting detail about this option is the fact that our mana stones will be essential for the continuity of our storm, always generating more mana, in a way that 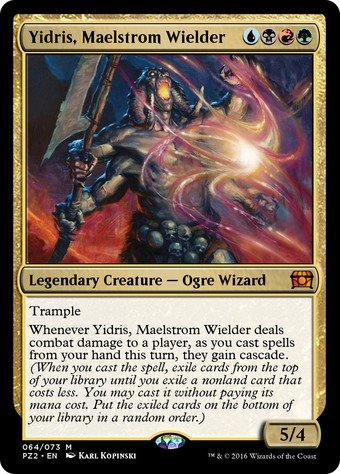 Our second case does not necessarily consist of a combo as in the previous example, but in both cases, we need mana generation. A cast of any stone coming after a Yidris cascade, Maelstrom Wielder, is already enough to generate value with

, which needs multiple spells to ignite the storm machine. 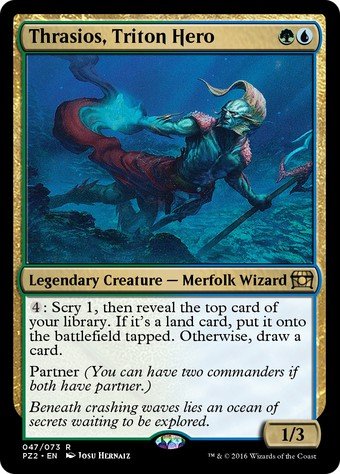 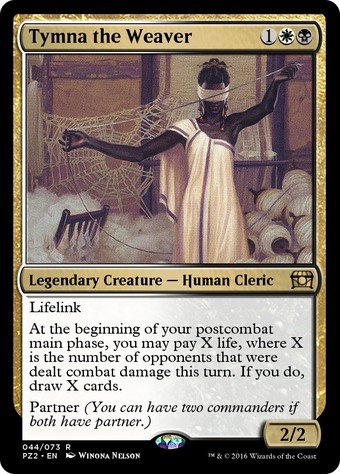 Finally, we will talk about the T&T duo in their Powered Scepter version, where our focus is the combination of

. As in the case of Yidris, the value of our artifact is significant, but here we also combine the combo factor mentioned in Zur for a better use of storm mechanics at its highest level.

I thought a lot about how I could complete this session, and in the end, I concluded that, in fact, both Aetherflux Storm and Underworld Storm are complementing, being variations of each other. The point would be to understand the types of magic that the general has a greater affinity with and which of the variations best fits this scenario.

If our goal is to play an optimal number of spells in one turn, we can highlight low cost mana stones, from

and zero cost Mox to CMC 2 talismans and seals. Others all-star builds made for the Reservoir are the infinite storm combos, well represented by the already mentioned combination of Scepter + Reversion.

Analyze the cards at the base of the Aetherflux Storm, none has an absurd monetary value. If we think about spending little to develop something in this archetype, we can exchange pieces that optimize our gameplay for others that have a similar effect (such as exchanging a

In the last article I tried to make it clear that

is not just for combos. In this one, I tried to show that the value brought by

can be better used than Breach itself depending on the construction in which they are inserted. With that in mind, we can conclude that each archetype has its place, not necessarily being higher or lower than any other, and, furthermore, that we also cannot just place multiple staples randomly in a build and expect them to play well. Each card has its value, but it can be maximized if each is in its proper place. That's it for today. I ask you to leave your feedback so that we can always improve. The series aims to address only part of an entire sphere that covers an extremely diverse format, so I invite you to subscribe to my channel on YouTube, where I talk about Commander, not only competitive, but also in other varieties, as well as about other formats. Until next time, my friends!
Next article in this serie