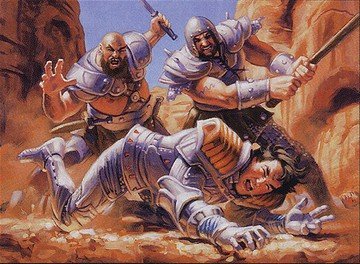 Last week, we focused on the many ways that decks in the competitive scenario can explore extra turns. Today, we will focus on one of those ways: the extra combat phases.

Hello my friends! How are you? My name is Fogaça and I'm here to talk about Commander. Last week, we had a brief conversation about the idea of ​​Taking Turns at the cEDH, in order to start some parallel topics of our series. I know that the main decks in the competitive scenario that use extra turns (see

) were not mentioned, but that was purposeful. The previous idea was to demonstrate how the mechanics of additional turns require massive draw mechanics, so that we get to the point of today's article: the extra combat phases. 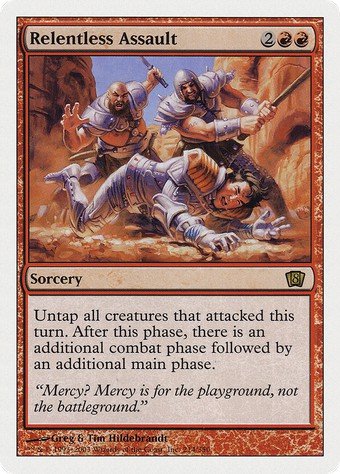 When I spoke earlier about the option of using multiple turns mainly to get various combat phases, my intention was to pave the way for what was consolidated in the cEDH as the generals derived from combat. Throughout the development of the format, we had builds like Edric and Narset standing out, but they ended up falling for the same problem that we already mentioned when we talked about

- the massive use of slots. Recapping our series, we saw that the format is increasingly optimized around staples that together regulate the speed of your deck and your opponents' in order to act as finishing pieces (combos and locks), motors (draws, tutors and acceleration) or interaction pieces (stax, counters or removals), making the metagame faster within each new expansion. In this scenario, we need commanders who are able to carry out their tasks quickly, consistently and incisively so that we do not have dead slots, as well as allowing the use of already consolidated combos such as the Consultation line or the late Flash / Hulk. With that in mind, let's discuss about the commanders.

I will treat this session as a way of comparing the lists from the previous article with the ones here, thus allowing you to understand the evolution of the format's combos. Both generals treated here are lethal in what they do, even if with different ideas than the commanders of the previous article. 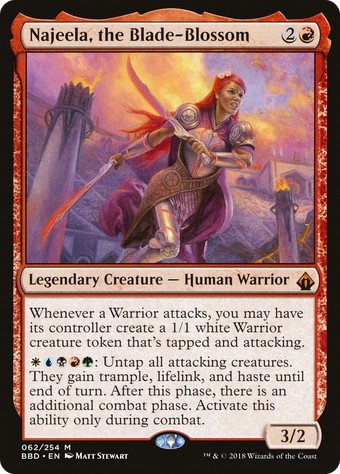 First, let's go to this girl who has a special place in our hearts.

, here, concerns about the upmost evolution of tempo decks, managing to personify the archetype based on a clock, in order to moderate the presence of control decks. This build takes advantage of the general's low CMC along with the combo options she gives us to provide the player with the maximum of the five colors of Magic. Her great point is her ability, which, if conditioned to an effect like that of

, takes us to infinite phases of combat. In addition, this can also be used with our dear hatebears or with cards like

to generate value, everything we want in a building that can also use

. In the end she ends up being compared to Edric, for using the effects of creatures alongside combat and a good effect from the commander to maximize the archetype. 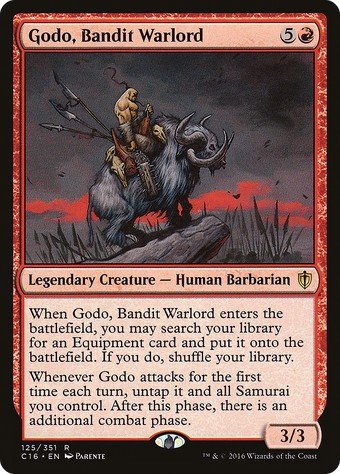 On the other side of the coin, we have

, which follows a very clear line with

Helm of the Host

: 11 mana = win. This build is made so that everything in your plan goes well and its combo is viable even in the early game, which makes it be compared to the nostalgic Narset, who, for allowing a quick combo, turned out to be very popular a few years ago. The point here is that for this type of combo, we would need to worry about some details, like getting the three colors of Narset’s identity, allowing her to jump in, keeping her on the table, or even ensuring that extra turns would come on her triggers, so that we don't waste a combat. These little problems were common for our monk, which makes Godo a better option for those who want this type of game, to the point that the commander himself tutors what he needs, in addition to simplifying the mana fixing for this, unifying the deck colors in red.

As I said last week, one archetype completes the other, and what differentiates them is the acceptance for the interaction pieces required in the format. When we use a general that allows us to dig to find what we need on the deck, we end up losing slots in our build for complementary cards to our commander, unlike when we use a commander who spins our gears by himself.

Again, I'm unifying both sessions, but it's for a good cause. As I am talking about an archetype in itself, I will not stick to Najeela or Godo's all-stars or their lower cost alternatives (which I have already done on my YouTube channel), but rather to highlight the role that acceleration and disruption play in these builds. In both cases, being explosive is essential to the success of the gameplay, suffocating the opponents and forcing them to answer our game and forgetting their own, a fact that we owe to the mana stones (whether those of generation in quality or quantity) ; we also owe that speed to the stax and hatebears that we can use to disrupt others' plans and give us the windows we need for our success.

If last week I wanted to put the concept of asymmetry based on extra turns. Here, it is related to the potential of the chosen generals and how we can exploit them. I know that things are different when viewed from a distance, but when we follow the evolution of the format, we trace the relationship between the decks of the past and the future, and in this way, we can improve as players and as deck builders. That's it for today. I ask you to leave your feedback so that we can always improve. The series aims to address only part of an entire sphere that covers an extremely diverse format, so I invite you to subscribe to my channel on YouTube, where I talk about Commander, not only competitive, but also in other varieties, as well as about other formats. Until next time, my friends!
Next article in this serie